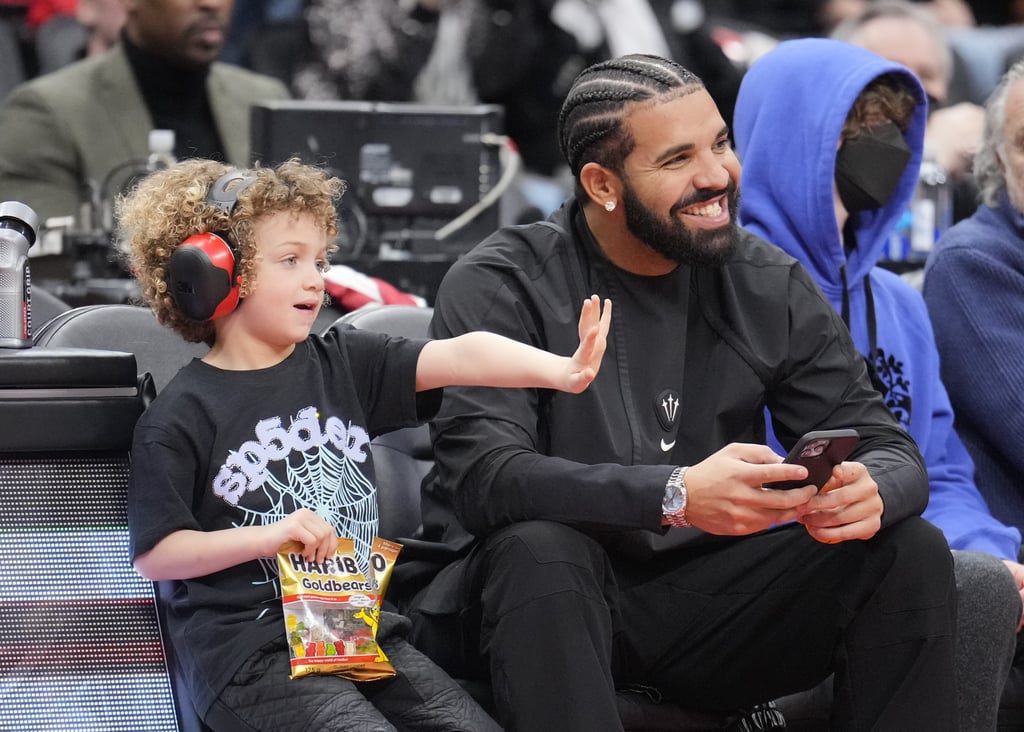 Meet Drake's One and Only Son, Adonis Graham

When he's not churning out his next musical project, Drake is busy on dad duty. That much is evident in the father of one and his son Adonis Graham's courtside photos. Most recently, the father-son duo were spotted at a Toronto Raptors (Drake's favorite basketball team) vs. Los Angeles Clippers game in December. The pair seem to frequent their fair share of NBA games together, and it's always an adorable sight.

Speculation over whether or not Drake had become a dad swirled via his highly publicized feud with Pusha T before he eventually verified the rumors in the summer of 2018. The rapper, who shares his son with artist Sophie Brussaux, confirmed the news in the most appropriate way he knows how: through song. "Look at the way we live / I wasn't hiding my kid from the world / I was hiding the world from my kid," Drake raps on "Emotionless," the fourth track on his 2018 album, "Scorpion." He also addressed fatherhood on the last track of that album, "March 14," which is largely about him and Adonis.

Since then, we've gotten a few rare glimpses of Drake's relationship with Adonis, including when the latter made an appearance during his dad's 2021 Billboard Music Awards speech. Adonis's mother posts a bunch of photos of the two of them on her Instagram page as well.

Read ahead to get to know more about Adonis and see all the snaps Drake and Brussaux have shared of him so far.

Related:
Drake Reveals Whether or Not He'll Ever Get Married
Previous Next Start Slideshow
Celebrity InstagramsDrakeCelebrity KidsCelebrity Facts

Celebrity Instagrams
Priscilla Presley Pays Tribute to Lisa Marie on Her 55th Birthday: "Our Hearts Are Broken"
by Eden Arielle Gordon 11 hours ago

Kylie Jenner
Kylie Jenner Celebrates Stormi's Birthday With a Giant Inflatable Slide: "The Most Special"
by Chandler Plante 12 hours ago