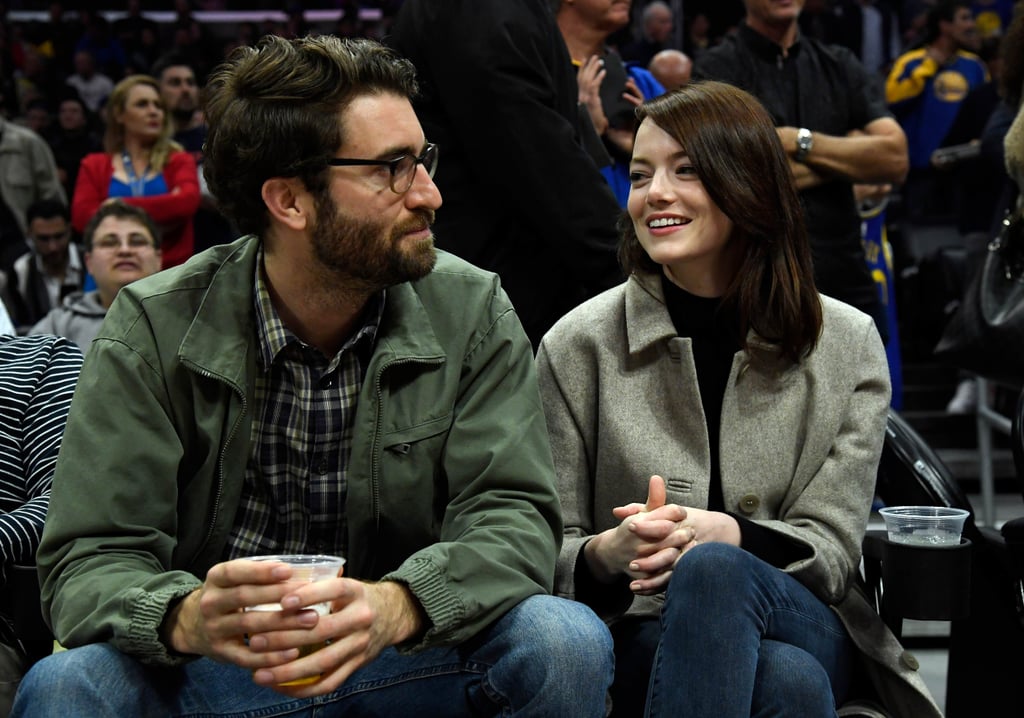 Emma Stone and boyfriend Dave McCary are still going strong! On Friday night, the 30-year-old La La Land actress and 33-year-old SNL writer made a rare public appearance together at a Clippers-Warriors game in Los Angeles. The two sat courtside while laughing and chatting it up as the two teams battled it out. Emma looked cozy in a gray wool coat and dark jeans, and Dave warmed up in a green jacket with a plaid shirt and jeans. They also enjoyed a couple of drinks together as the game progressed.

Emma and Dave first started dating in October 2017 and have mostly kept their romance out of the spotlight. But behind the scenes, they seem to be doing well. In December 2018, they were reportedly inseparable at a holiday party and enjoyed a sweet date night at a Golden Globes afterparty in January. So it makes perfect sense that they're flashing such bright smiles during their outing on Friday. See more photos of the lovebirds at the basketball game ahead!

Related:
4 Famous Celebrities Who Have Swept Emma Stone Off Her Feet
Previous Next Start Slideshow
Emma StoneCelebrity Couples
Around The Web

Celebrity Couples
Turns Out Saweetie's Love Language Involves Chicken, and We Have Never Related More
by Victoria Messina 49 minutes ago