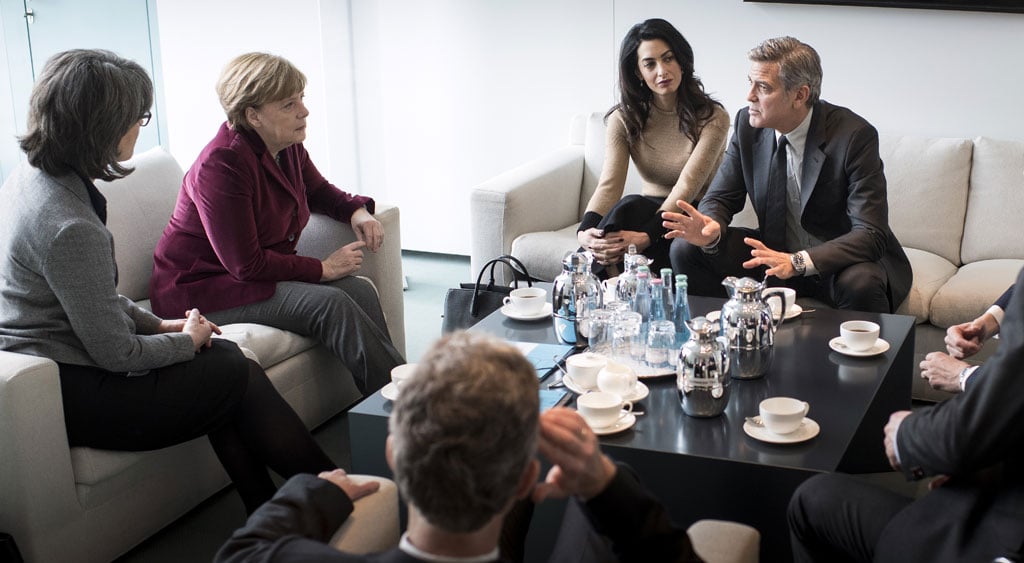 The day after stunning on the red carpet at the Berlin Film Festival, George Clooney and his wife, human rights lawyer Amal Clooney, made a sophisticated pair during their an hour-long meeting with German chancellor Angela Merkel to discuss Germany's plan to help with Europe's refugee crisis. The couple met with her at the Federal Chancellery in Berlin, where they talked over Germany's dedication to the International Rescue Committee, which George supports. "I absolutely agree with her," he told reporters earlier at a press conference for the Berlin Film Festival, where he's been busy promoting his new movie, Hail, Caesar!

George, who regularly attends important humanitarian events with Amal by his side, has never been one to shy away from being a political activist for the causes he feels passionately about, even starting a charity with Brad Pitt and Matt Damon dedicated to protecting human rights, called Not on Our Watch, in 2008. It will be exciting to see what the humanitarian does next.