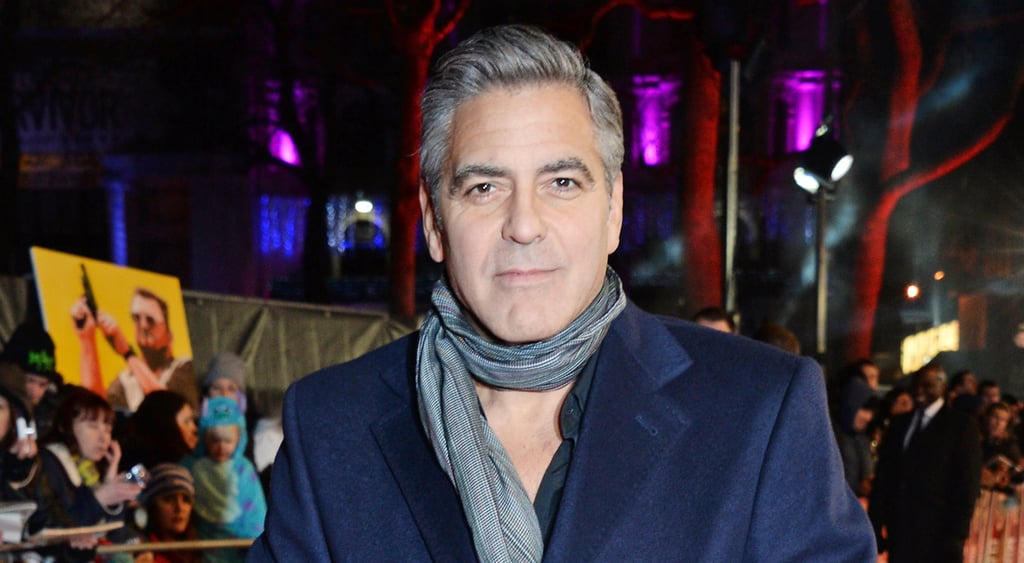 George Clooney has changed his bachelor ways! The actor proposed to his lawyer girlfriend, Amal Alamuddin, after six months of dating. Reports of the couple's engagement started when they were spotted out to dinner with friends Cindy Crawford and Rande Gerber and Amal was seen wearing a ring on her left ring finger. George and Amal were first seen together last October, and their romance has taken off in recent months, including a trip to the White House to screen The Monuments Men and a romantic safari journey in Africa. Amal is an accomplished lawyer who is currently representing WikiLeaks founder Julian Assange during his Swedish extradition case. When the pair first started going public with their romance, a source described Amal as being "on [George's] level."

On Monday, Amal's law firm confirmed the news, saying that they wanted to offer their "best wishes and congratulations" to the couple. Barrister Geoffrey Robertson added that Amal is a "brilliant and passionate defender of human rights." George's father has also weighed in on the news, saying that he and his wife are "both happy for them" and that Amal is "a lovely girl."

This won't be George's first time taking a walk down the aisle. He was married to actress Talia Balsam from 1989 to 1993. (She went on to marry another silver fox, John Slattery, whom she costars with in Mad Men.) George recently made headlines after he got into a war of words with Las Vegas hotel magnate Steve Wynn after Steve insulted President Barack Obama, whom George considers a friend.

Celebrity News
Porsha Williams and Simon Guobadia Are Officially Married: "The Best Is Yet to Come"
by Sabienna Bowman 19 hours ago