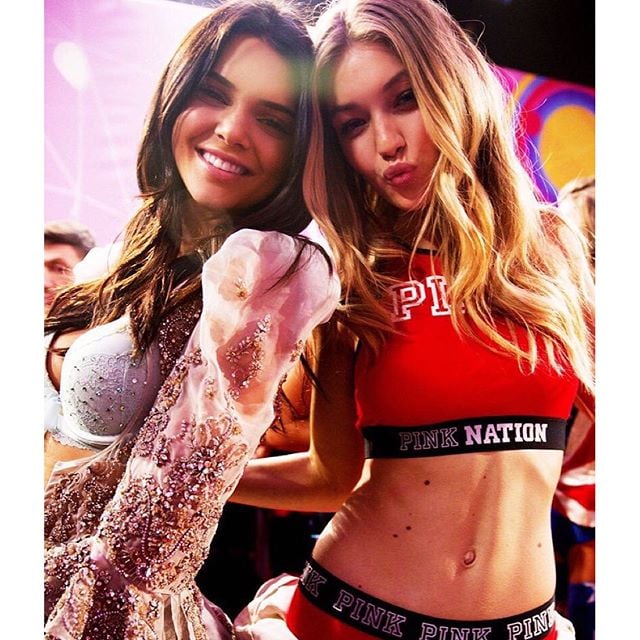 As soon as we heard that both Gigi Hadid and Kendall Jenner had been cast in this year's Victoria's Secret Fashion Show, we knew we could expect lots of adorable moments from them on the big night. They hung out together while getting their hair and makeup done, and also snapped cute selfies with a few other Angels. On the runway, Kendall and Gigi looked like total pros while sashaying in barely-there looks accompanied by silky printed wings. Kendall also donned a crystal-cover number, and Gigi returned to the runway to model a sporty look from the brand's Pink collection.

It's the first time that either model has been chosen to walk the famous runway, and both girls had emotional reactions to the news; Gigi pretty much broke down in the middle of her audition, while Kendall told us backstage on Tuesday that she "had tears" but held herself back. We've rounded up all of Kendall and Gigi's best moments from their first-ever Victoria's Secret show, from getting dolled up backstage and walking the runway to celebrating their big night at the official afterparty — keep reading to see them all now.

Baby Names
Gigi Hadid Just Subtly Revealed Her Baby Girl's Name, and It's So Beautiful
by Yerin Kim 6 days ago