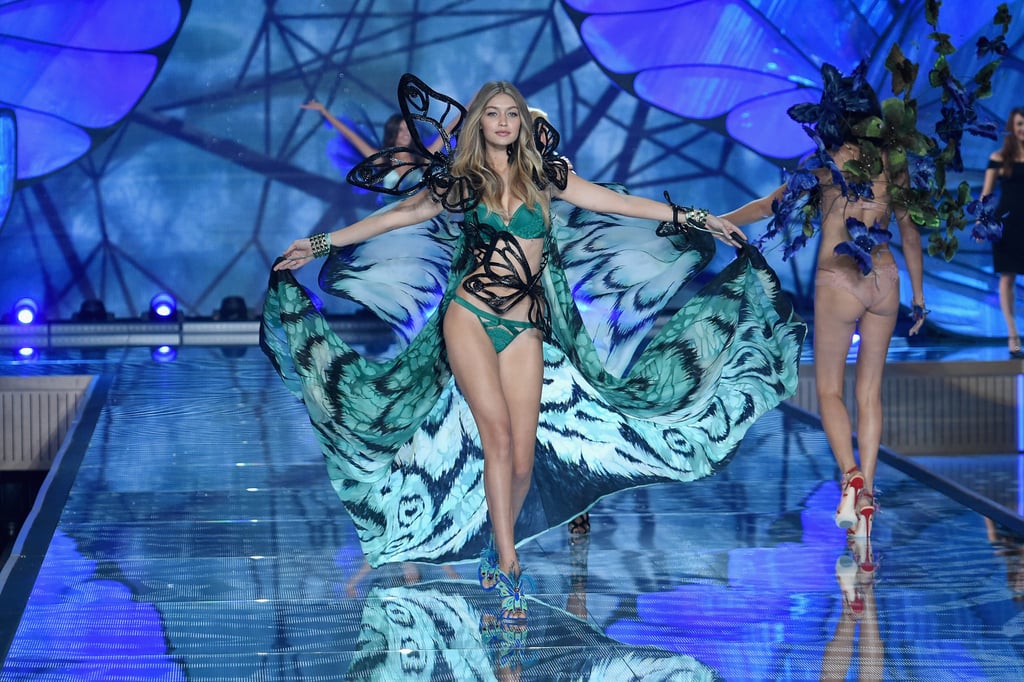 The most exciting day of the season has finally arrived. Not Christmas or Thanksgiving, but the day of the Victoria's Secret Fashion Show. And while every year we wait with anticipation to see which models will don their angel wings, this year there was one style star we especially couldn't wait to see: Gigi Hadid.

From her killer catwalking to her enviable street style, no one has had a year like Gigi. And now, she's added an exciting new role to her résumé: Victoria's Secret model. After posing for the brand's Pink line in the past, Gigi has finally earned a spot on the VS runway.

Gigi admitted that walking in the show was a personal dream, and her two turns down the runway went off without a hitch. Leading up to her big runway walk, Gigi shared snippets of what it's really like behind the scenes. Sure, there was a lot of time at the gym involved, but there was also time for a little fun too. Read on for a look at her VS runway debut, along with a refresher on everything the top model was up to ahead of her major modeling gig.