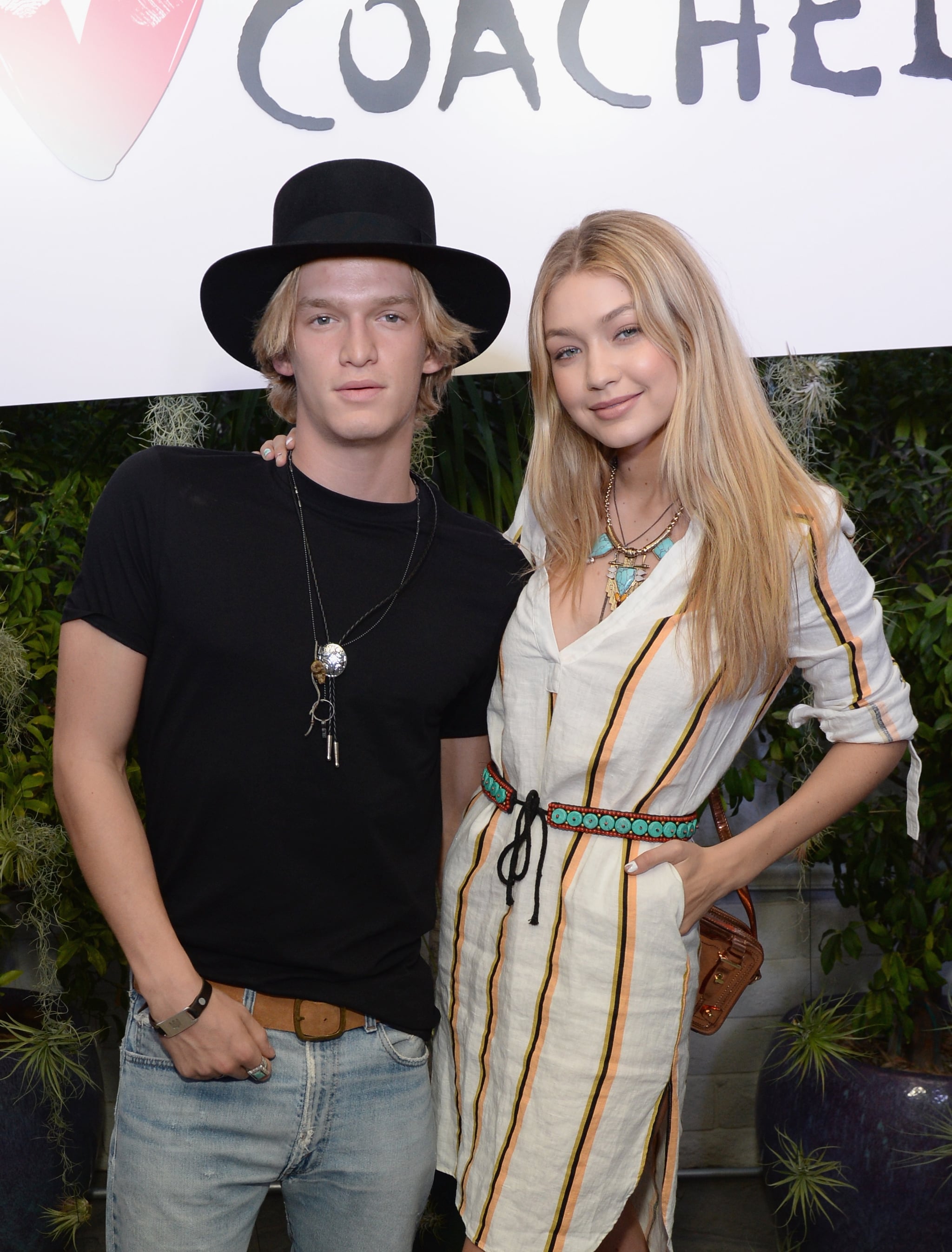 Gigi Hadid is celebrating her 20th birthday on Thursday, and ahead of the big day, she shared a photo of her surprising gift from boyfriend Cody Simpson. The model tweeted out a picture of 10 McDonald's gift cards on Sunday along with a touching explanation of why she asked for them:

For my bday I asked for @McDonalds (or other food) gift cards to keep in wallet to give to those I pass on the streets of NYC... (Cont)

& elsewhere that are in need of a meal. I don't always carry cash & it's nice to know it'll be put to good use. (Cont)

Gigi and Cody have had no shortage of adorable relationship moments this year, including their steamy PDA at Coachella and cute courtside cuddles at a recent NY Knicks game — Cody also shared the seven things he loves most about Gigi in a Cosmo interview. While we're sure the gift cards won't be Cody's only gift to his girlfriend, it's pretty clear that he also loves Gigi's charitable spirit. Would you ask for gift cards to give to the homeless in lieu of birthday gifts?

Celebrity Birthdays
Gwen Stefani's Birthday Post For Her Son Is Cute, but This Video of Blake Shelton Loving on Him Is Way Cuter
by Alessia Santoro 3 days ago