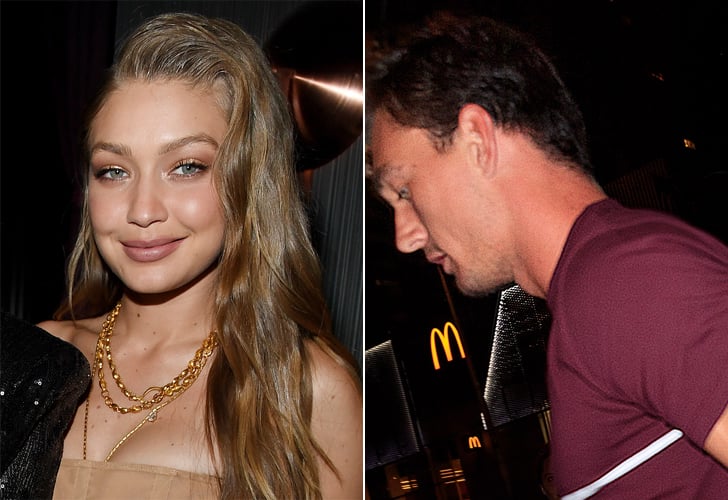 Gigi Hadid may have attended the MTV VMAs with her sister Bella, but she ended the night with rumored beau Tyler Cameron. After presenting and cheering on pal Taylor Swift at the show in New Jersey, the 24-year-old model linked up with the 26-year-old former Bachelorette contestant at the Republic Records afterparty in NYC. Even though they arrived separately (Gigi drove with Bella and Taylor), the two reportedly got cozy inside. According to E! News, "Tyler and Gigi shared a kiss" and "Taylor greeted him with a big hug."

"It was a fun, intimate group," a source told the outlet. "Gigi's friends seem very familiar with Tyler and comfortable around him. He and Gigi were touchy feely and very cute all night." Hmm . . . so does this mean things are official now?

Gigi and Tyler began following each other on Instagram in July and have been hanging out ever since. Most recently, they were spotted out on a dinner date in NYC with Gigi's pal Serena Williams. While the pair have yet to officially confirm the status of their relationship, a source close to Gigi told E! News that "they have a strong connection but are definitely just testing the waters right now."

Ciara
Who Knew Russell Wilson Was Such a Poet? See His Sweet Birthday Surprise For Ciara
by Victoria Messina 5 hours ago