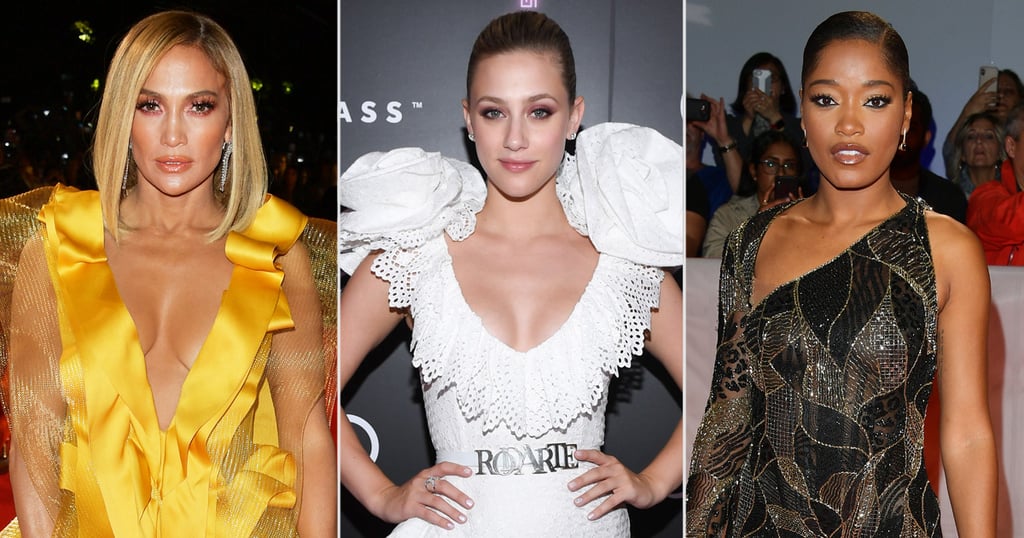 The Cast of Hustlers Stunned at the Toronto Film Festival, and We Want In on This Girl Gang

The powerful women of upcoming stripper saga Hustlers united at the movie's Toronto International Film Festival premiere on Saturday. Keke Palmer, Mette Towley, and Lili Reinhart — who recently starred in a gorgeous Rodarte campaign — all made stunning appearances on the red carpet, flashing bright smiles and fiercely working their angles. Jennifer Lopez — who rocked a shimmering marigold Maison Yeya gown before switching into a red dress for an afterparty hosted by World Class — was also in attendance with fiancé Alex Rodriguez.

Based on a true story, Hustlers centers around a group of former strippers who team up to prod money out of Wall Street clientele. Between the hilarious scenes we've already watched in the trailer and the cast's show-stopping red carpet looks, we're pumped to see the film (and potentially take up pole dancing classes) when it hits theaters on Sept. 13. Look ahead to view more snaps of the stars at TIFF!

by Pallavi Bhadu 38 minutes ago