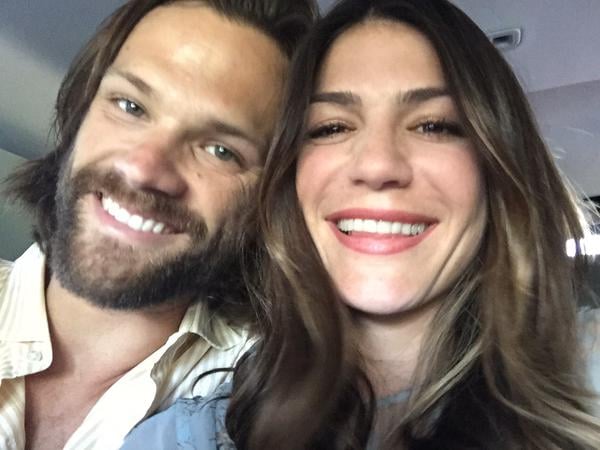 Jared Padalecki Looks Happier Than Ever at the Gilmore Girls Reunion

Jared Padalecki is back in the spotlight after taking some time to rest and relax with his family. On Saturday, the actor reunited with his former Gilmore Girls costars, including Alexis Bledel and Matt Czuchry, at an Entertainment Weekly event during the ATX Television Festival in Austin, TX. Jared couldn't stop smiling while hanging out with his old pals, many of whom shared their cute moments on social media. Jared also spent time with his wife, Genevieve Cortese. He tweeted a picture of the hot pair prior to their arrival, writing, "On the way to #GilmoreGirlsreunion at #ATXFestival with my beautiful bride @realGpad."

The appearance comes about three weeks after the actor canceled his appearance at an event for Supernatural fans in Rome. Jared took to Twitter with the news, telling fans that he was in "desperate and urgent need of my family." His costar Jensen Ackles quickly showed support, tweeting, "Get some rest, my brother. I got ur back...Always." Read on to see Jared turn the page at the Gilmore Girls reunion, then take a peek at Jared's cute family photos.