Jeffrey Dean Morgan might come off as a bad boy, especially thanks to his villainous role as Negan on The Walking Dead, but he's actually a big softie. In fact, one of his tattoos (he has about 10 total) is dedicated to his dog, who passed away, and the story will melt your heart.

After his longtime pet, Bisou, passed away in 2015, the actor decided to honor her and their long journey together with an intricate, script-style tattoo of her name on his forearm. Even though some time has passed since he lost his dog, when telling the story about why he got the new ink to Hudson Valley News Network in April 2017, he still got choked up.

Related:
Norman Reedus and Jeffrey Dean Morgan's Bromance Is the Stuff of Legend

After the emotional start to the interview, Jeffrey eventually gained his composure and told the story about how he first stumbled upon Bisou, who he previously revealed (on The Bonnie Hunt Show) was named because she used to "kiss her way around" the bottle when he first fed her. Bisou means "kiss" in French, which again is adorable.

"I rescued her on the Venice boardwalk," he told Hudson Valley News Network. "Some kids were selling three litters of puppies and I dug through the box and there was one, that, she was maybe four inches long, and I was like, I want to take that one that's not going to make it through the day. I bottle-fed her for about a month . . . two days after she passed I had her name tattooed on my arm. But oh, my god I miss her, I miss her so much."

Come on, if this isn't the sweetest story to come from such a tough-looking guy, we don't know what is. Amongst Jeffrey's other nine tattoos is a gun on his inner forearm in honor of his favorite prop in The Salvation. He also has a tattoo on his knuckles with his son Augustus's (with wife Hilarie Burton) nickname, "Gusy," on four fingers, because he is so sweet — tough, but sweet. 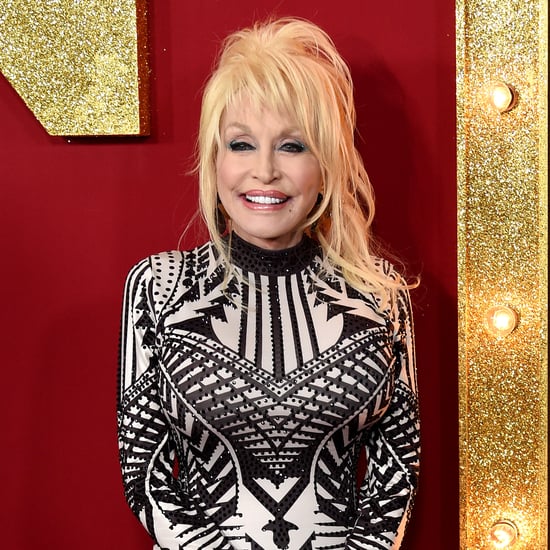