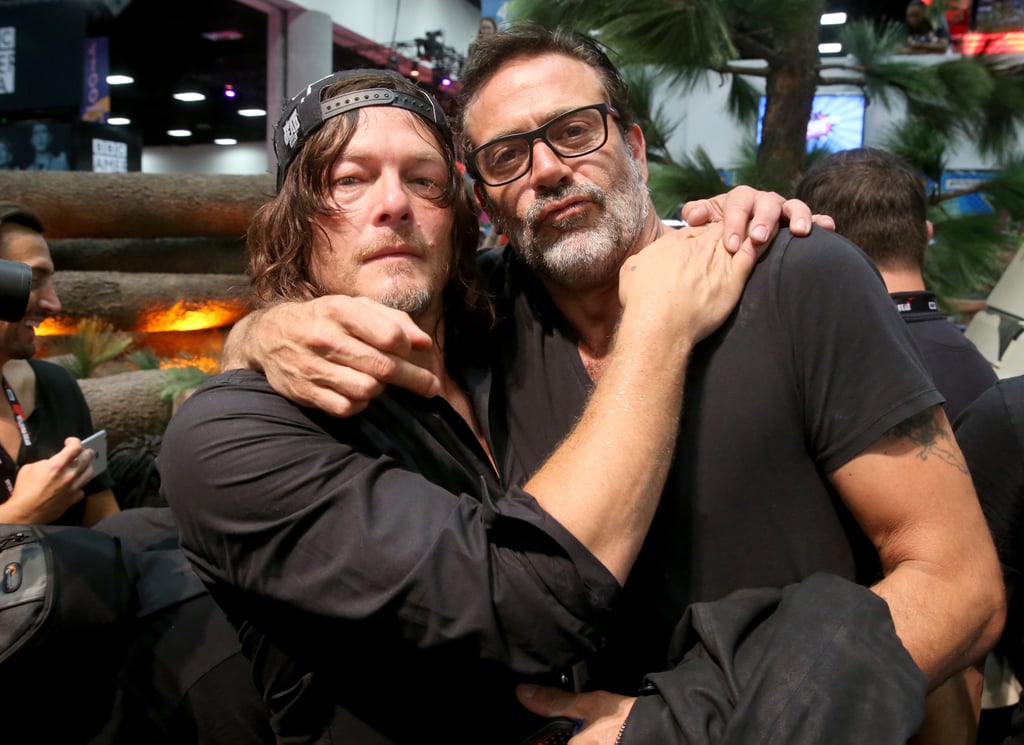 Norman Reedus and Jeffrey Dean Morgan's characters on The Walking Dead might be bitter enemies thanks to that whole "Whose brains did Negan bash in with a baseball bat?" fiasco, but off screen the two actors can't get enough of each other. Jeffrey joined the cast in the season six finale of AMC's zombie drama, leading to plenty of adorable photo ops with him and Norman on Instagram, at Comic-Con, and beyond. Just like the rest of the cast's hilarious behind-the-scenes antics, the pair blow off steam with motorcycle rides, scruffy selfies, and hugs that would melt the heart of even the fiercest zombie killer. The only thing we want to know is whether or not Andrew Lincoln is in need of a BFF now (we'll happily oblige).