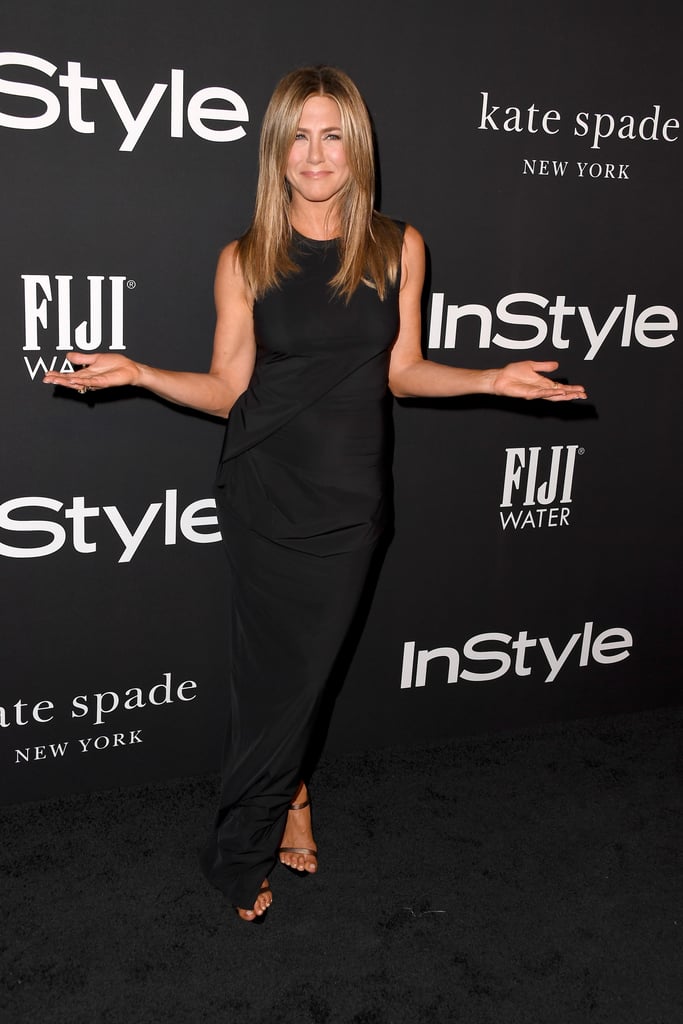 Jennifer Aniston looked radiant when she stepped out for the 2018 InStyle Awards in LA on Monday night. The actress was stylish in a sexy black dress and was on hand to support her hairstylist and friend Chris McMillan with the hairstylist of the year award. During her speech, Jennifer kept things lighthearted as she cracked a joke at Chris's expense.

"I had no idea how to do what he did. No one seems to know how to do what Chris does, and I figured out that's called creating job security, so well done, Chris," Jennifer joked. Chris, on the other hand, couldn't help but gush about Jennifer and their friendship during his acceptance speech. "She's taught me not only to have a friend but be a friend, and I'm so lucky to have a muse like Jen," he said.

Jennifer has had quite the busy year; not only was the actress in Italy over the Summer filming her upcoming Netflix movie Murder Mystery, with Adam Sandler, but Jennifer will also be starring in the Netflix adaptation of Dumplin'. The movie is based on Julie Murphy's New York Times bestseller and tells the story of Willowdean Dickson, a "self-proclaimed fat girl" played by Danielle Macdonald (Patti Cake$), who's dubbed "Dumplin'" by her former beauty-queen mom.