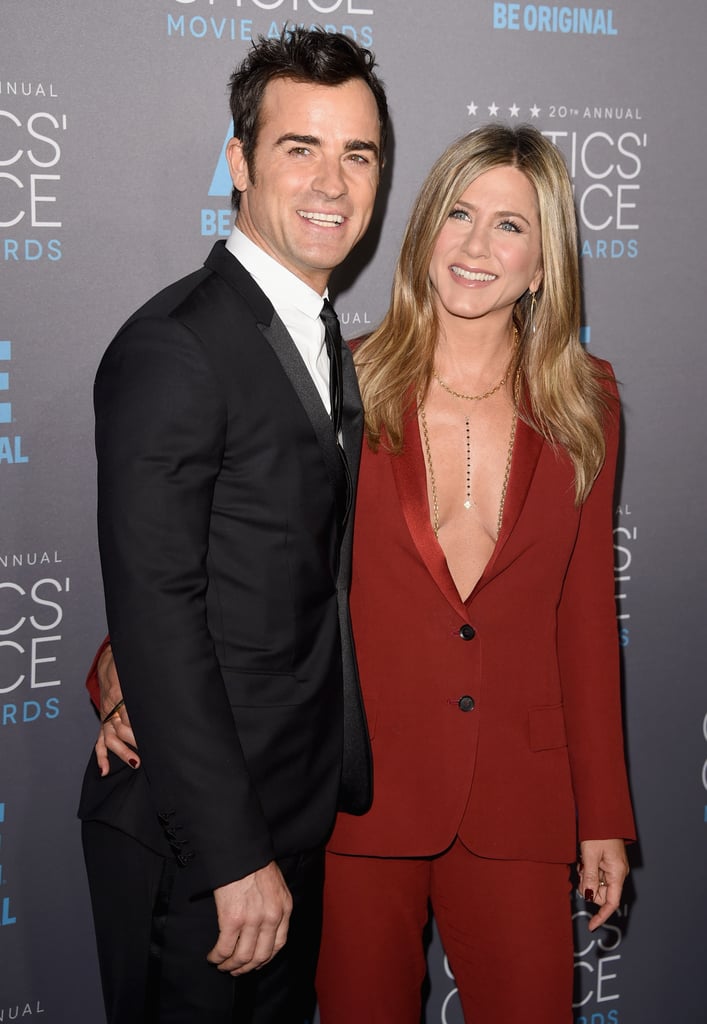 Jennifer Aniston and Justin Theroux blazed their way through the red carpet at Thursday night's Critics' Choice Awards in LA, which means they're doubling up on dates this week after their smiley Golden Globes appearance. Jennifer opted for a rust-colored Gucci tuxedo with a seriously plunging neckline for the event, while Justin kept things classic in a black suit. Jennifer, of course, is at the Critics' Choice Awards for her vulnerable performance in Cake, which actually was snubbed by this year's Oscars after earning Golden Globe, SAG, and Critics' Choice nominations. Keep scrolling to see the pics from her night.

Celebrity Instagrams
Melissa Benoist and Chris Wood Welcome Their First Child: "This Little Boy Is Everything"
by Kelsie Gibson 16 hours ago

Lily Collins
Lily Collins's Romantic Engagement Ring Is So Big, I Can Almost See My Reflection
by Chanel Vargas 18 hours ago

Lily Collins
Lily Collins Is Engaged to Charlie McDowell: "I've Been Waiting My Lifetime For You"
by Monica Sisavat 20 hours ago