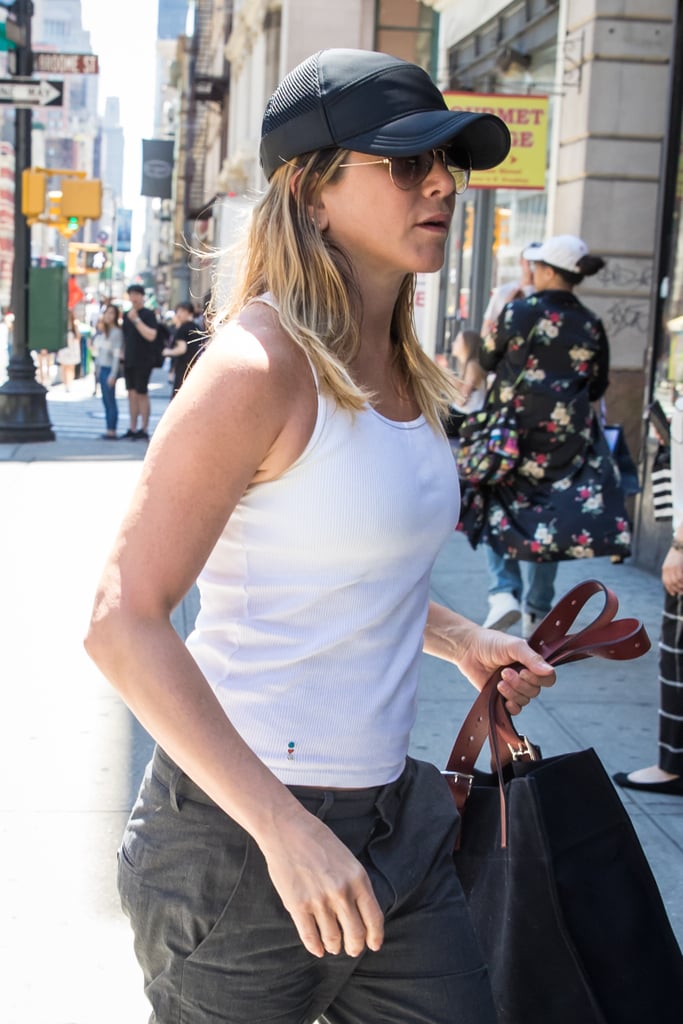 Jennifer Aniston and Justin Theroux stepped out together in NYC on Wednesday. Over the weekend, the actress was spotted on vacation in the Bahamas and new rumors of a pregnancy swirled. Jennifer's rep slammed the reports, calling them "a total fabrication." This kind of speculation is unfortunately nothing new for Jen. In fact, her frustration seemed evident in a 2015 interview in which she stated she will "let you know" when she's expecting. In terms of her relationship, it's almost been a year since she and Justin Theroux tied the knot last August, and she most recently gushed about Justin during an interview with Harper's Bazaar. See the pictures from her latest outing below.

Celebrity Couples
Finneas O'Connell Brought His Girlfriend and Biggest Cheerleader, Claudia, to the Grammys
by Amanda Prahl 7 hours ago

Nostalgia
Tell Me It's 1995, Because That's the Year Dua Lipa's Outfit Is From
by Sarah Wasilak 1 day ago