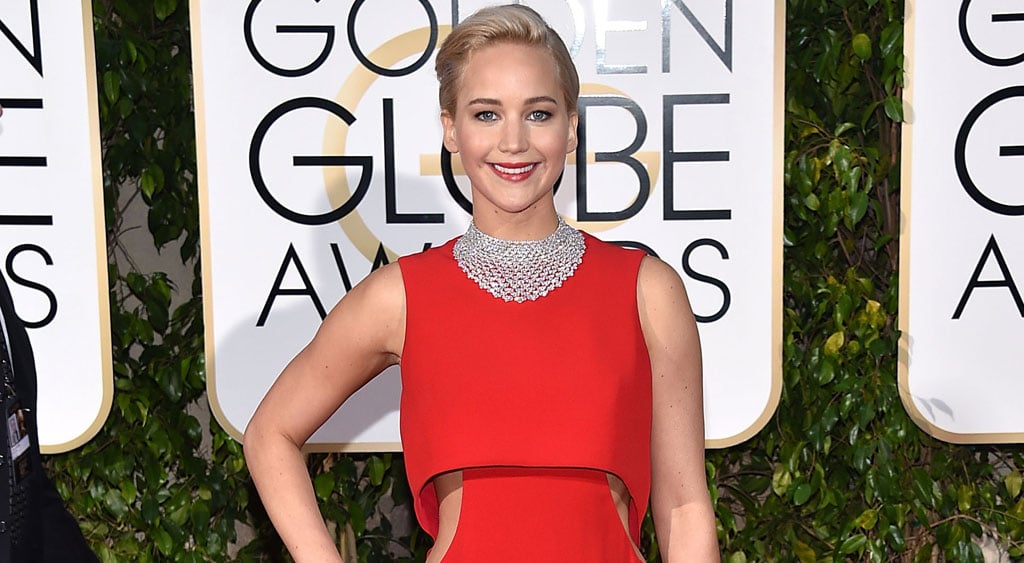 Jennifer Lawrence is no stranger to the Oscars thanks to her previous three nominations and one very iconic win, so she was ever so humble when she received the news that she'd been nominated yet again for best actress for her impressive performance in Joy. "I am beyond grateful and humbled by this nomination," she said early Thursday morning in a statement. "I feel incredibly honored to be recognized among the other amazing women in this category. Joy is an incredibly inspiring story about an ordinary woman who does extraordinary things. For me, working with David O. Russell has been nothing short of extraordinary, and I share this nomination with him as well as our incredible supporting cast. I could not be more proud to be a part of this film and thankful to the producers and Fox for their unyielding support."

Jennifer already took home a Golden Globe for best actress in a musical or comedy on Sunday, where she had the time of her life with BFF Amy Schumer and some hilarious backstage moments. Does she stand a chance against fellow nominees Brie Larson and Saoirse Ronan? With competition this fierce, anything could happen.