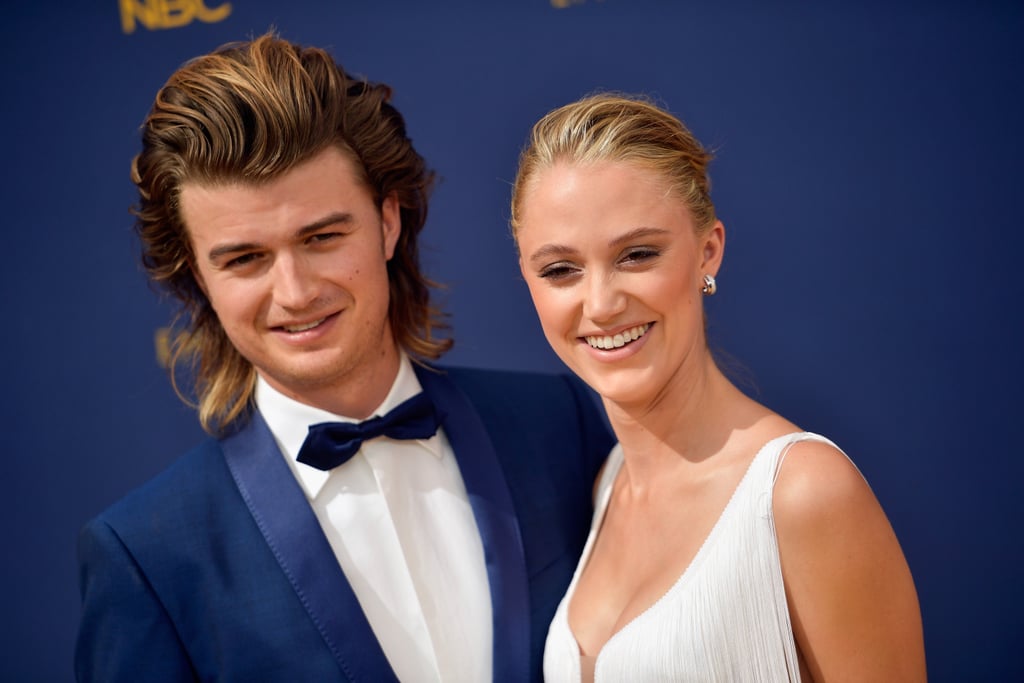 Ever since they made their relationship red carpet official at the season two premiere of Netflix's Stranger Things last October, Joe Keery and Maika Monroe have continued to inspire major couple goals (and major hair goals) together. The Stranger Things actor and Tau actress — did you catch that Netflix movie over the Summer? — keep their relationship on the down-low on social media, but you can still spot them sharing some supersweet exchanges on the red carpet. The duo will appear in the movie After Everything together next month, but until then, these lovey-dovey couple pictures will have to suffice. (And heads up, Lip from Shameless is her romantic interest in After Everything, which means we all definitely need to see it.)