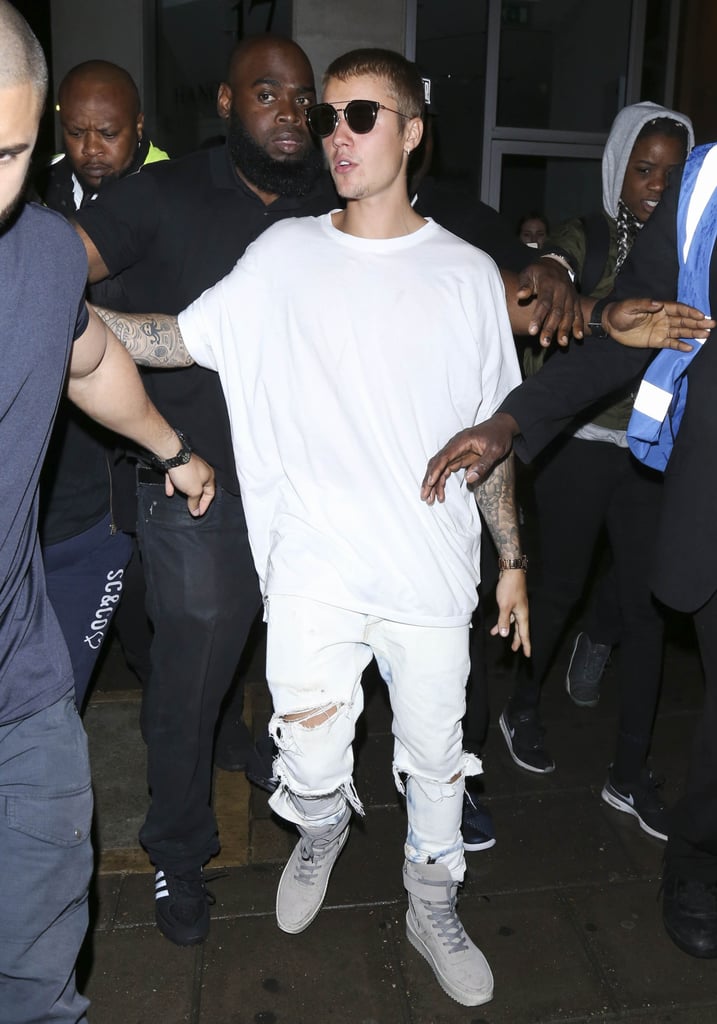 Less than a week after deleting his Instagram account, Justin Bieber was spotted leaving Tape London nightclub in the wee hours of the morning on Saturday. The "Let Me Love You" singer donned an all white ensemble complete with sunglasses and was escorted by his bodyguards as he made his way back to his car. Rihanna was also there, after she recently enjoyed a bit of downtime from her Anti World Tour in Zurich, Switzerland.

Justin's outing marks his first appearance since his feud with ex-girlfriend Selena Gomez, though his rumored new girlfriend, Sofia Richie, was seen doing a little solo shopping in LA earlier in the week. While the Canadian singer has yet to respond to Selena's Snapchat apology, both Sofia and Justin have stopped posting pictures of each other on social media.

Related:
Previous Next Start Slideshow
Justin Bieber
Around The Web

Music
Kelly Clarkson's Cover of Justin Bieber's "Sorry" Begs the Question: What Can't She Sing?
by Monica Sisavat 1 day ago