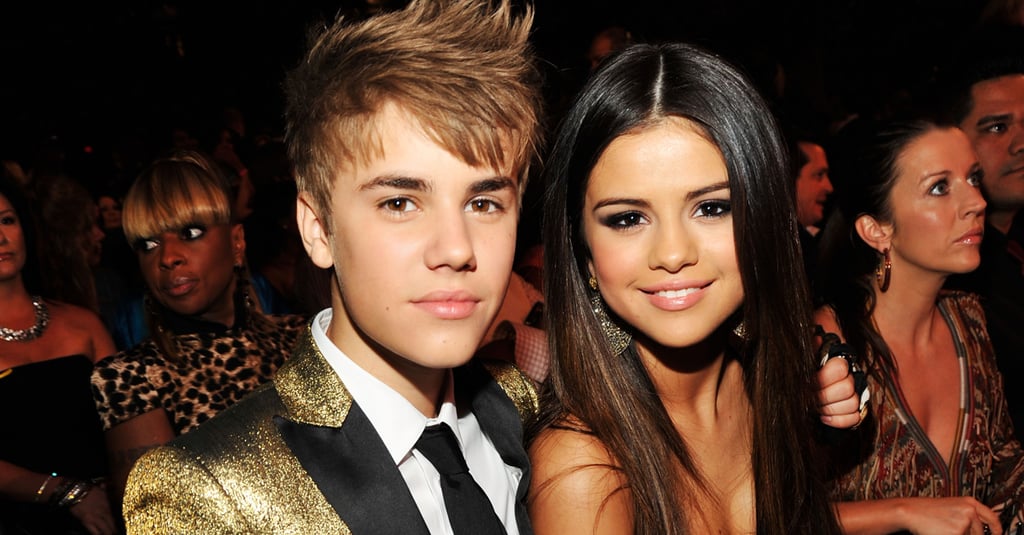 Are Justin Bieber and Selena Gomez back together? Just days after Justin revealed that he and his former girlfriend Selena Gomez still talk, the duo was spotted together at the Montage hotel bar in Beverly Hills on Friday. The reunion was captured on a couple of social media videos shared by Instagram user Lindsey Cavanaugh. In one of the 15-second clips, Justin serenades Selena with The Temptations' "My Girl," while Selena happily looks on from a chair close by.

Earlier this month, Justin — who dated Selena on and off from 2010 to 2013 — opened up about his feelings toward her in an interview with Access Hollywood, saying, "I don't know if I'm over it yet. I think that I'm definitely in another place, and I think we've definitely went our separate ways. I love her and I want her to be awesome, but there are things that remind me of her." Selena also commented on Justin's recent comeback during her interview with Billboard magazine, admitting, "I'm proud of him . . . This is what I always saw in him, why I always believed in him." Although the status of their relationship remains unclear, keep reading to watch the videos, and then check out all the times Justin proved he has a heart of gold.

Lindsay Lohan
Lindsay Lohan Marries Bader Shammas: "I Am the Luckiest Woman in the World"
by Sabienna Bowman 11 hours ago