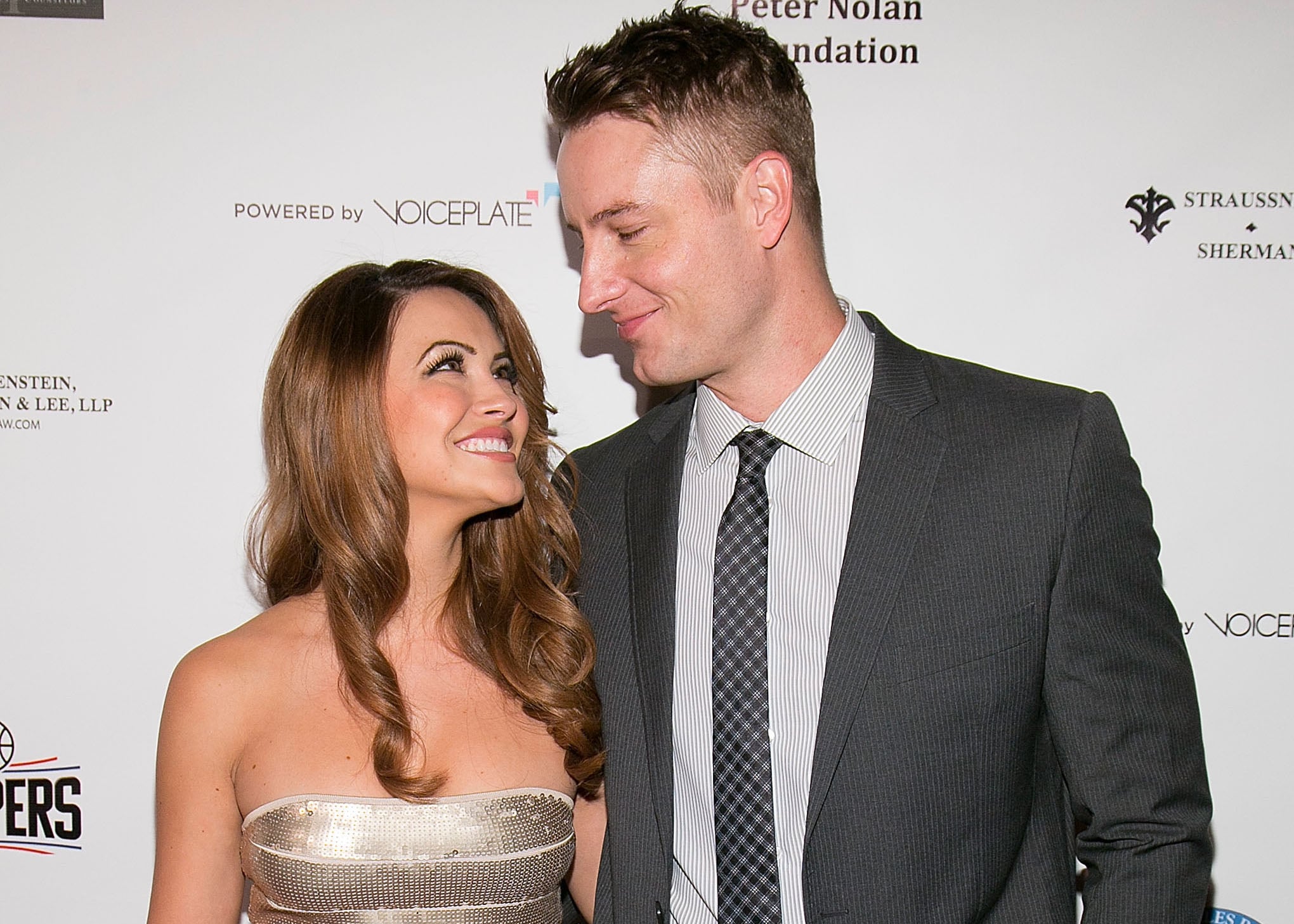 Justin Hartley may play a total ladies man on This Is Us (well, former ladies man), but off screen, he only has eyes for one woman. The 40-year-old actor, who is a proud father to daughter Isabella from his previous marriage to Lindsay Korman, recently tied the knot with soap star Chrishell Stause during an intimate outdoor ceremony. Not only was Justin's 13-year-old one of the bridesmaids, but his onscreen family, including Mandy Moore, was on-hand for the nuptials.

So when exactly did the lovebirds fall for each other? Their romance dates back to 2014, when they met on the set of The Young and the Restless. They began dating shortly after and announced their engagement in July 2016 when Chrishell flaunted her diamond sparkler on Instagram. If their sweet appearances together are any indication, it's clear that these two are quite smitten with each other.