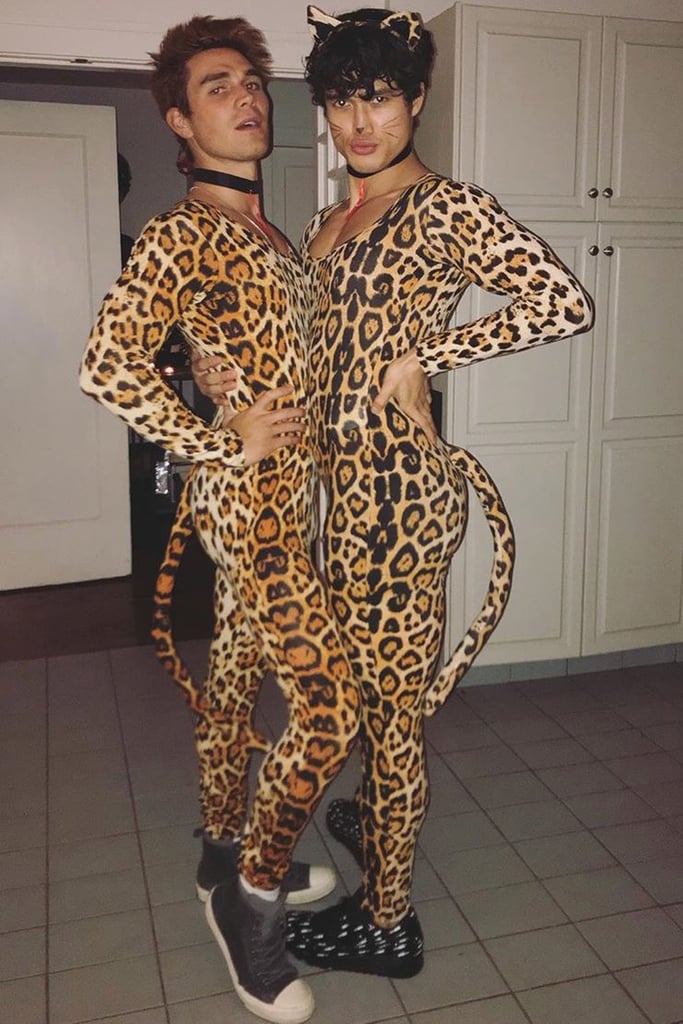 It looks like Riverdale's Josie and the Pussycats just became KJ Apa and the Pussycats. On Oct. 27, KJ, who plays Archie Andrews, took a walk on the wild side by dressing up as one of the pussycats from the show's fictitious girl group. His costar Charles Melton, who plays Reggie Mantle, also got in on the action with a leopard-print costume of his own. KJ posted a photo of his hilarious costume, simply commenting it, "Shieeett!" That's pretty much what we thought when we saw KJ in that getup because if we're being honest, he looks sort of . . . fierce.

Related:
All the Sexy, Scary, Silly Celebrity Halloween Costumes We Were Treated to This Year

Archie already sang with the Pussycats in season two, so what are the odds that he'll just fully commit to becoming a part of the group once he's out of the slammer? Out of all the absurd things that have already happened in season three, watching Archie work it in a skintight cat suit wouldn't be the absolute worst. We think both he and Reggie would fit into the group perfectly.

See how KJ and Charles compare to the show's actual Josie and the Pussycats in the photos ahead.

Celebrity Instagrams
This 15-Year-Old Asks Celebs, Activists, Athletes, and More to Reveal Their "Secret Identity"
by Karenna Meredith 2 days ago