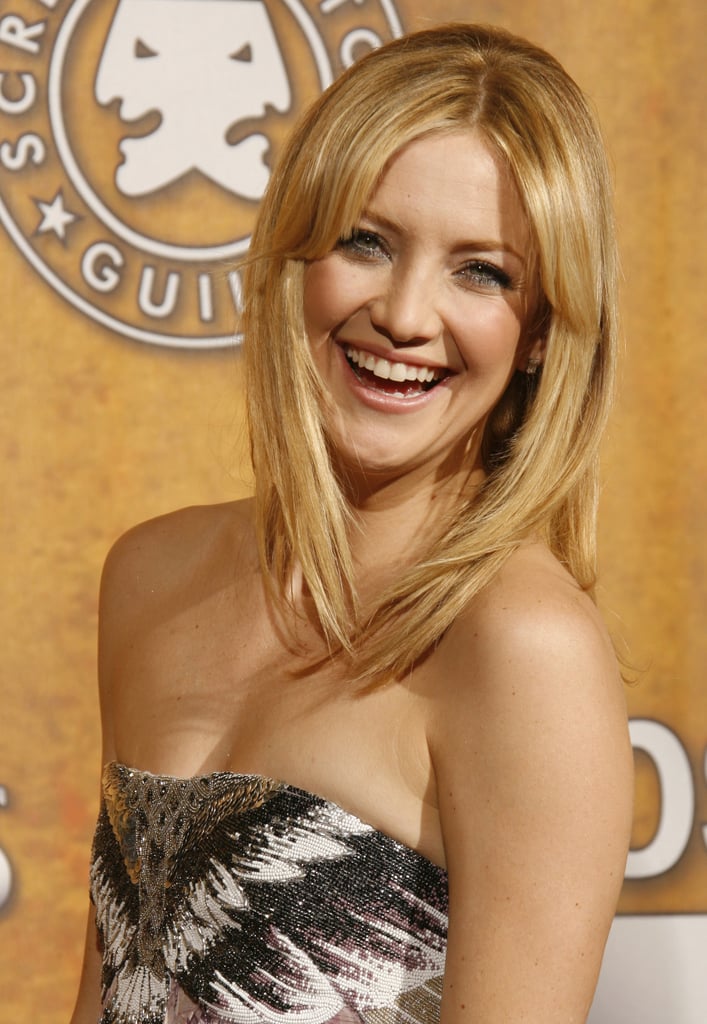 Even though she has always been in the limelight thanks to her famous mom, Goldie Hawn, Kate Hudson first caught our attention when she starred in 2000's Almost Famous. Her role as iconic band aid Penny Lane earned her a Golden Globe award, but it wasn't until 2003's How to Lose a Guy in 10 Days that she really rose to fame. Since then, the 40-year-old actress and mother of three has gone on to make a name for herself and take Hollywood by storm. With blockbuster hits like Bride Wars and Something Borrowed and guest appearances on Glee under her belt, there's no denying that Kate is a force to be reckoned with. Keep reading to watch her transformation.

Related:
Kate Hudson Was Born to Be in a Bikini
Previous Next Start Slideshow
Kate HudsonCelebrity BirthdaysRed CarpetCelebrity Evolutions