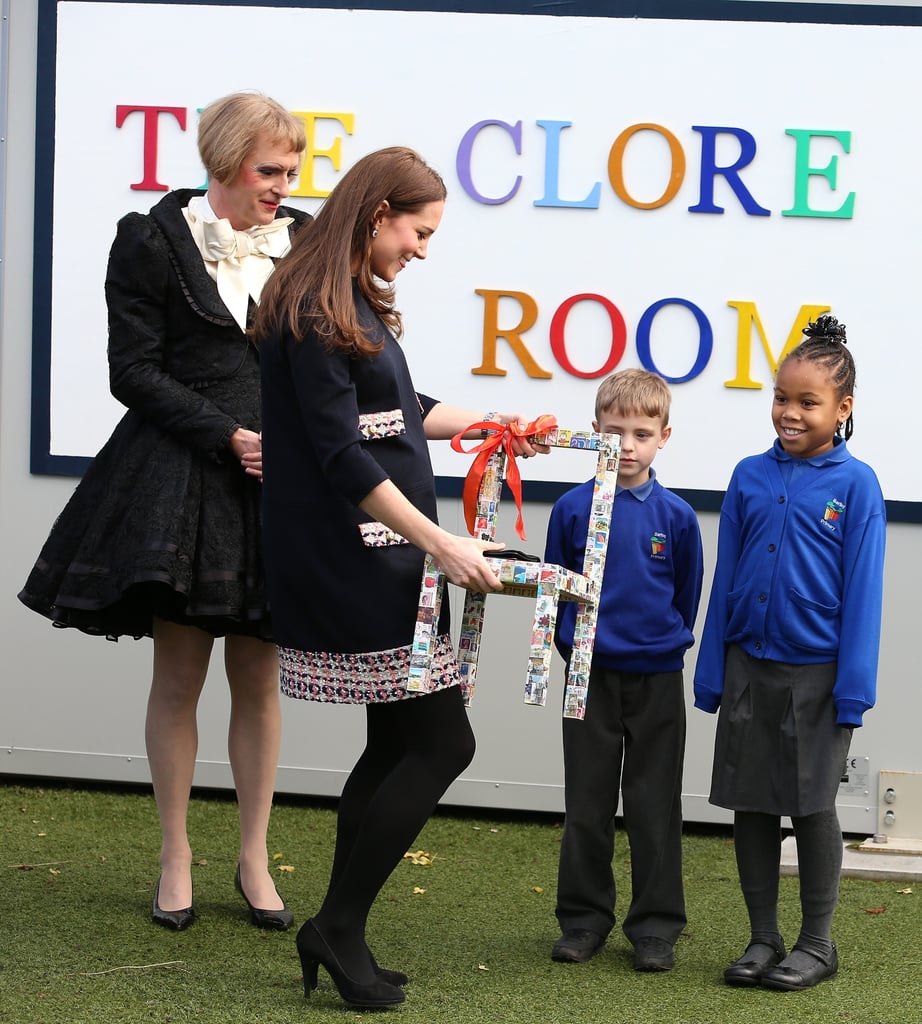 Just one day after Kensington Palace officially joined Twitter and Instagram, Kate Middleton made her first royal appearance of the New Year. The Duchess of Cambridge officially opened the Clore Art Room at Barlby Primary School in London on Thursday; she bundled up her growing baby bump in a black Madderson London coatdress and was all smiles while chatting with the kids and checking out their adorable art projects. The Clore Art Room organization provides art therapy to children, and Kate became its Royal Patron in 2012.

It's not the last we'll see of Kate this week, as she's scheduled to show her support for foster caregivers at The Fostering Network. Before her cute day with kids, we got a glimpse of the pregnant princess on a shopping trip on Monday; she covered her bump in a long peacoat and seemed as normal as ever while carrying her many bags to a waiting car. Keep reading to see some Kensington Palace tweets from Kate's visit, plus photos from Kate's first appearance of 2015!

The Duchess hears from headteachers how @TheArtRoomUK is making a real impact in the lives of their students. pic.twitter.com/90fCsP6yka

— The Duke and Duchess of Cambridge (@KensingtonRoyal) January 15, 2015

Some of the children, who are supported by @TheArtRoomUK, show The Duchess their wonderful artwork pic.twitter.com/qra5EeXfnD

— The Duke and Duchess of Cambridge (@KensingtonRoyal) January 15, 2015