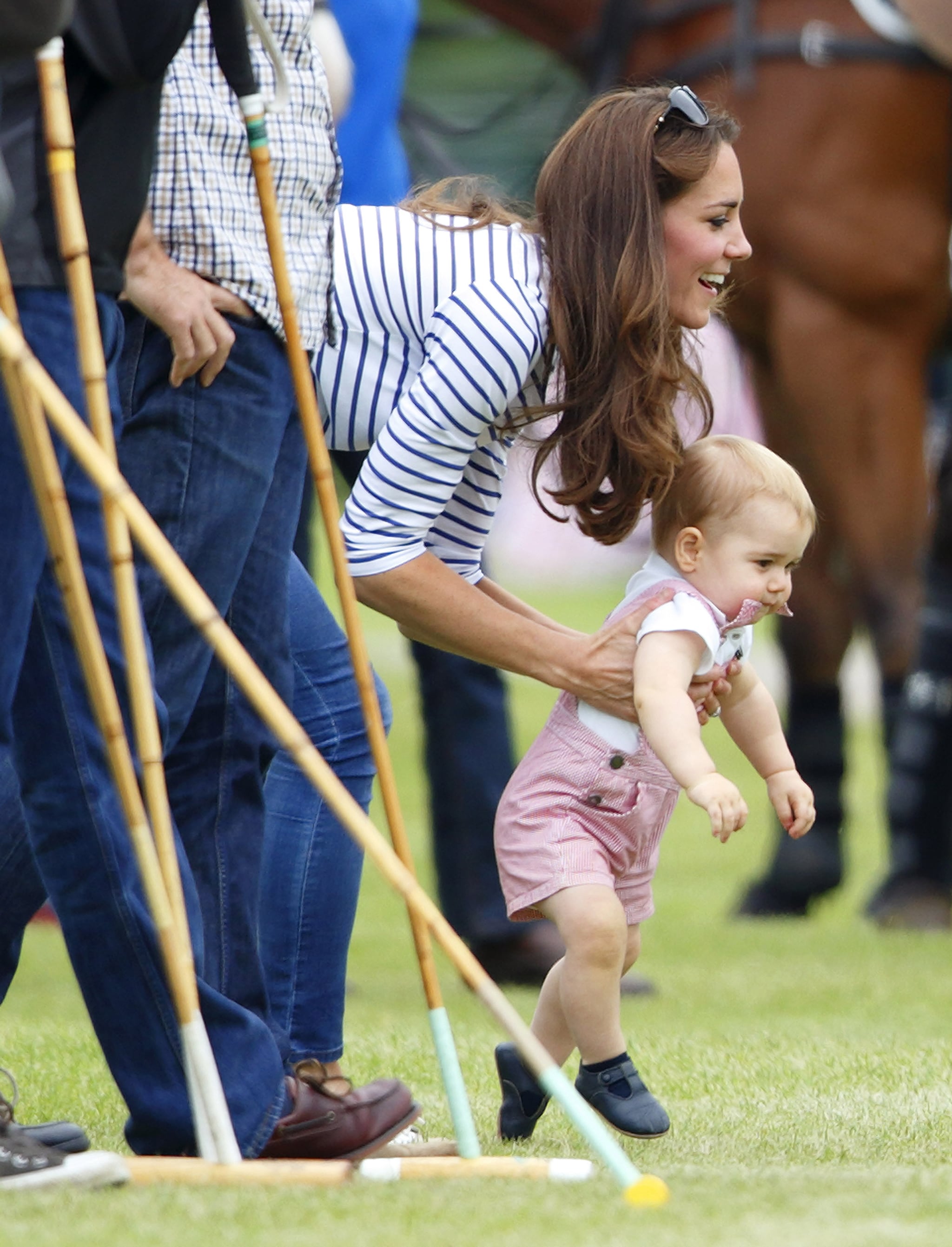 Kate Middleton was spotted on her first outing since the birth of Princess Charlotte on May 2. According to People, the duchess was seen playing with Prince George in London's Holland Park last weekend, chasing the 22-month-old around the grass and "pretending to be a monster." A source told the outlet that Kate was "flailing her arms about" while running around with George, adding, "She was play-acting just like all mums do and he was running around loving it — he looked very happy." They were reportedly also wearing matching looks for their day at the park, which is roughly a 10-minute drive from the family's residence at Kensington Palace. The source continued, "They had matching waxed-green coats on and dark jeans with boots. He looked like such a happy lad, being chased by his mom and enjoying the swings, slides, roundabouts — they were going on everything. They looked just like any other mom and toddler."

It's the first time Kate has been seen out and about with George since welcoming her second child last month. Since then, she's been lying low, while Prince William made a few royal appearances before returning to his job as an air ambulance pilot. Most recently, William played in the Audi Polo Challenge with his brother, Harry, and met up with celebrities like Chris Hemsworth, Elsa Pataky, and Emily Blunt. After hitting the field, William posed for photos and was gifted with an adorably tiny pair of pink Hunter rain boots for his new baby daughter.