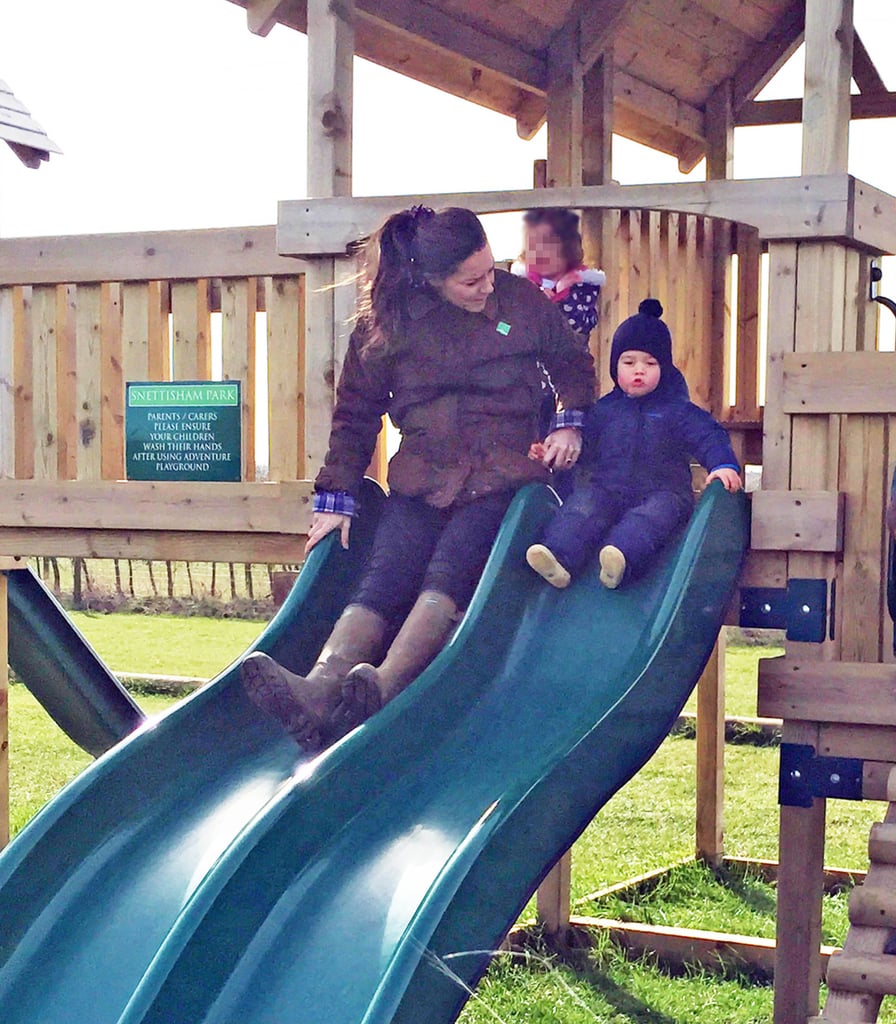 While waiting for the arrival of her second child, Kate Middleton made sure to get in some quality time with 1-year-old Prince George! The duchess brought her little one to Snettisham Park in the UK over Easter weekend, and photos from the afternoon show just how much the prince is growing up! The 329-acre working farm is located near Anmer Hall, the royal couple's new country home on the queen's Sandringham Estate in Norfolk. The grounds are home to lots of fun attractions, including a petting zoo — George got up close and personal with some baby goats during his visit and seemed to have a ton of fun jumping around on giant hay bales and going down a slide with his mom. Mostly, though, we can't get over how cute he looks in his little snowsuit.

Kate and George's cute park day came shortly after the duchess made her final official appearances alongside Prince William at London's Stephen Lawrence Centre. Preparations for her labor have been under way at St Mary's Hospital, and though there's lots of speculation that she'll be having a baby girl, it likely won't be too much longer until we find out for sure. As you wait for the birth of the second royal baby, scroll through to see the adorable photos from Kate's afternoon of play with Prince George.