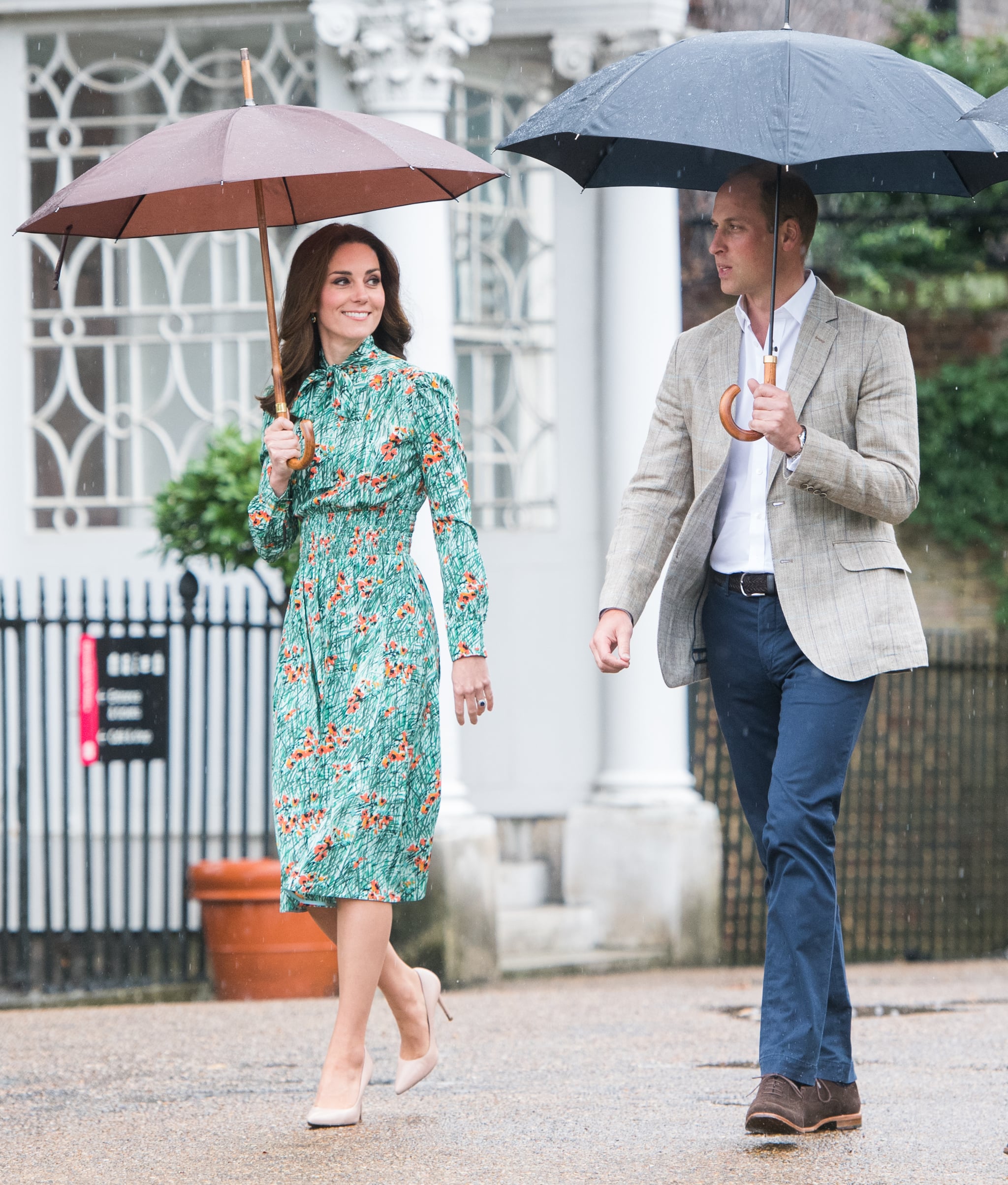 Get ready for another royal baby! Prince William and Kate Middleton are expecting their third child. A statement was released by Kensington Palace on Monday morning, stating that "the Queen and members of both families are delighted with the news."

— The Prince and Princess of Wales (@KensingtonRoyal) September 4, 2017

The palace also revealed that Kate is once again suffering from hyperemesis gravidarum, the severe nausea and vomiting she also experienced when she was pregnant with both Prince George and Princess Charlotte. As a result, she will no longer be carrying out a planned engagement at Hornsey Road Children's Centre in London, and it's likely she will also need to forego future events.

Following the news, a reporter caught up with Prince Harry and asked him how he felt about Kate and Will becoming parents again, to which he threw out a thumbs up and replied, "Fantastic. Great. Very, very happy for them."

Prince Harry on the prospect of becoming an uncle again. pic.twitter.com/A4YOY8jYRl

During a visit to the National Mental Health and Policing Conference on Tuesday, Will briefly commented on Kate's pregnancy, saying, "It's very good news. There's not much sleep going on at the moment."

Kate's last public appearance was less than a week ago, when she visited the White Garden at Kensington Palace with Prince William on the eve of the 20th anniversary of his mother's death. It's wonderful to hear such exciting news from the palace so soon after such a somber anniversary.