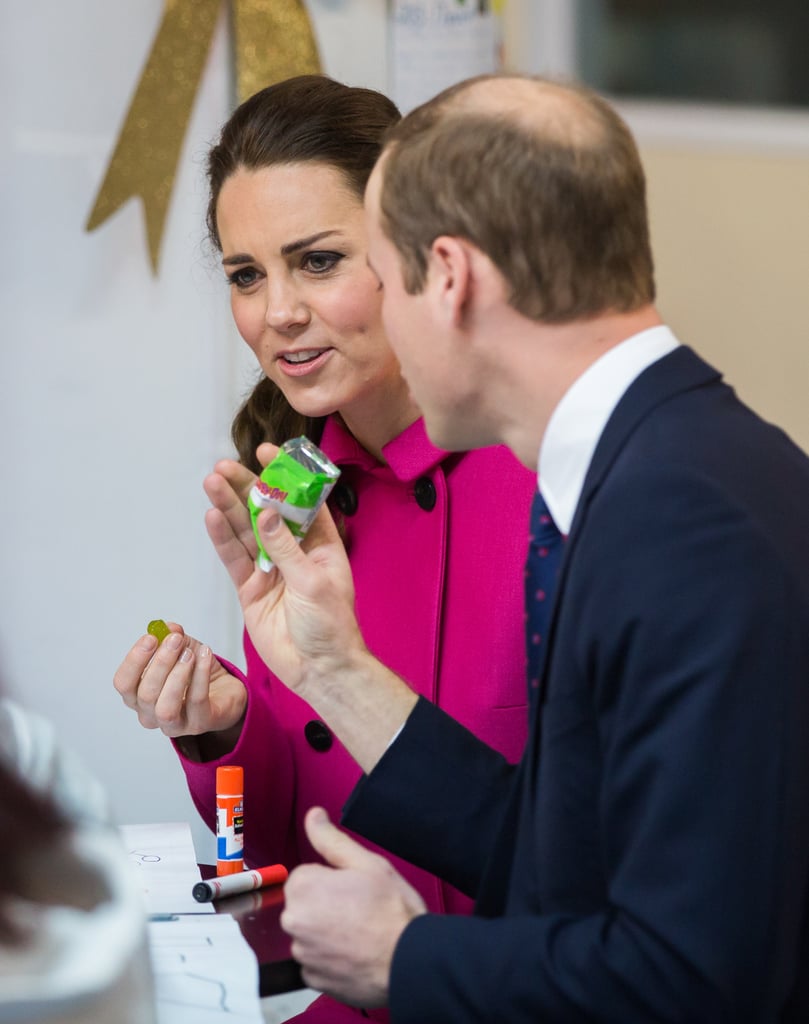 The Duke and Duchess of Cambridge braved terrible weather in NYC on Tuesday when they stepped out to begin the second day of their short trip to the US, eventually fueling up with some fruit snacks before stepping out for a glamorous evening. Kate Middleton and Prince William started off the morning with a visit to the National September 11 Memorial and Museum, where they visited reflecting pools and toured the grounds. They aren't the first royals to visit the former site of Ground Zero, as Queen Elizabeth II paid her respects during an official trip to the US in 2010. Later they traveled to The Door/CityKids, a youth organization that focuses on arts in education to help foster development among at-risk youth, where they laughed and ate some fruit snacks. Afterward, Will made a stop at another Big Apple tourist destination — the Empire State Building — to attend an event to celebrate British artists and entertainers in the US. The event was organized with the UK government's GREAT campaign, which aims to promote the UK's image abroad. At the Empire State Building reception, William handed out the GREAT Tech Awards to this year's winners.

But it's not over after that! The pair will end their tour on a glamorous note by attending the University of St Andrews's 600th anniversary dinner at the Metropolitan Museum of Art. (Will and Kate met while studying at St Andrews in Scotland.) The event hopes to raise funds for the university's scholarships and help bankroll a lectureship on American literature.

Earlier in their tour, Will and Kate made headlines when they rubbed shoulders with a few of America's most recognizable faces. The couple met Beyoncé and Jay Z at a Brooklyn Nets game on Monday night, as well as LeBron James, who gifted the couple with Cleveland Cavaliers jerseys. They also got to hang out with Hillary Clinton during a fundraising event at the British Consul General's residence. Earlier in the day, William traveled to Washington DC, where he got a sit-down with President Barack Obama in the Oval Office.