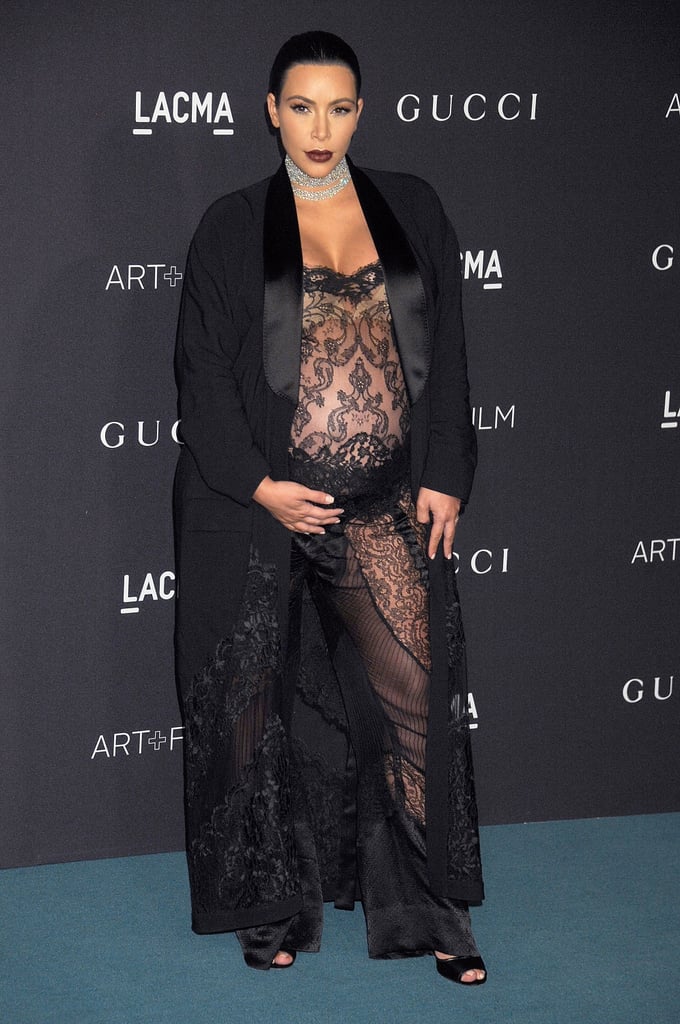 Kim Kardashian announced her second pregnancy at the end of May, and despite tweeting about being "so f*cking sick" shortly after, she hasn't slowed down since. Her jet-setting lifestyle has taken her to NYC, Cannes, Paris and beyond, and she's been photographed every step of the way. Scroll through to see all the appearances Kim's made since revealing her pregnancy (many of which show off her signature maternity style) and check back for more before she welcomes her baby boy later this year!

Previous Next Start Slideshow
Kim KardashianCelebrity Pregnancies
Around The Web

Celebrity Instagrams
Victoria Monét Gave Birth to a Baby Girl With Model John Gaines: "Welcome to the World"
by Yerin Kim 2 days ago

Mandy Moore
A Round of Applause For Mandy Moore, Who Was Still Filming This Is Us at 38 Weeks Pregnant
by Victoria Messina 4 days ago