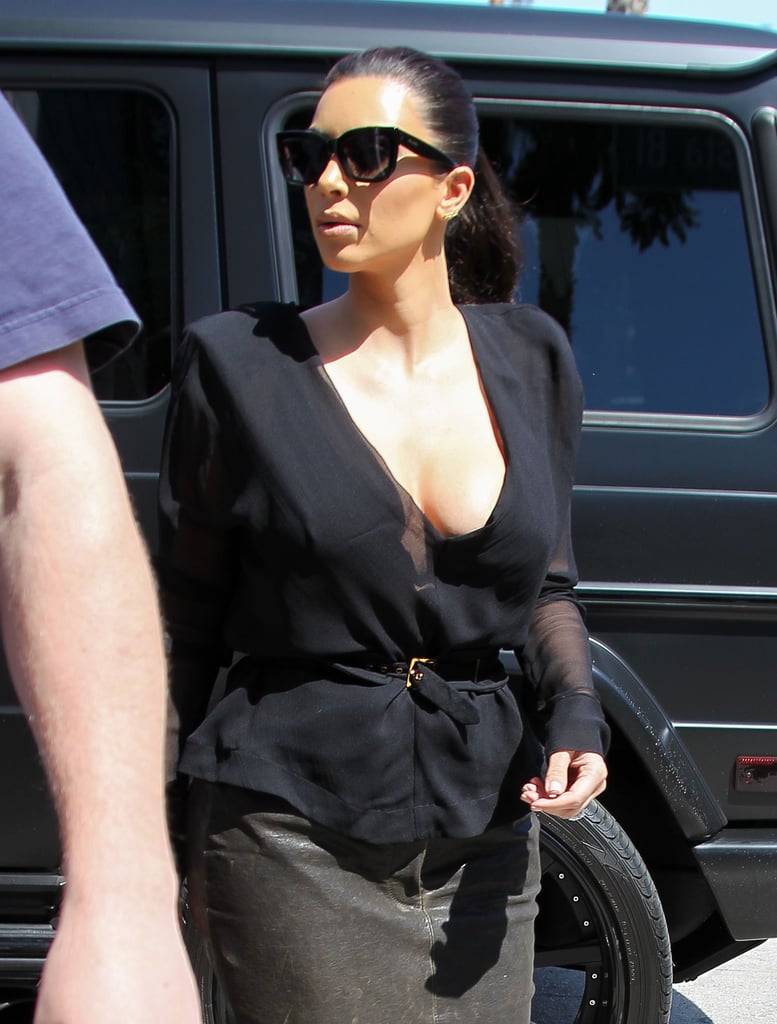 Kim Kardashian keeps her daughter, North West, in her heart and on her ears. The reality star was spotted filming a scene for Keeping Up With the Kardashians in LA on Wednesday while sporting gold earrings that read "North." Both Kim and her fiancé, Kanye West, are fans of honoring their little one through their jewelry as they both have sported matching "Nori" necklaces in the past.

Aside from showing her love for North, Kim has been working hard on her reality show, including shooting a scene in LA on Tuesday where she and sister Kendall Jenner stocked up on copies of her Vogue cover at a local newsstand. In addition to her show, Kim is also planning her wedding to Kanye, which will take place in less than a month in Paris.

Keeping Up With The Kardashians
KUWTK Is Coming to an End, So What Does That Mean For Future Spinoffs?
by Monica Sisavat 1 week ago