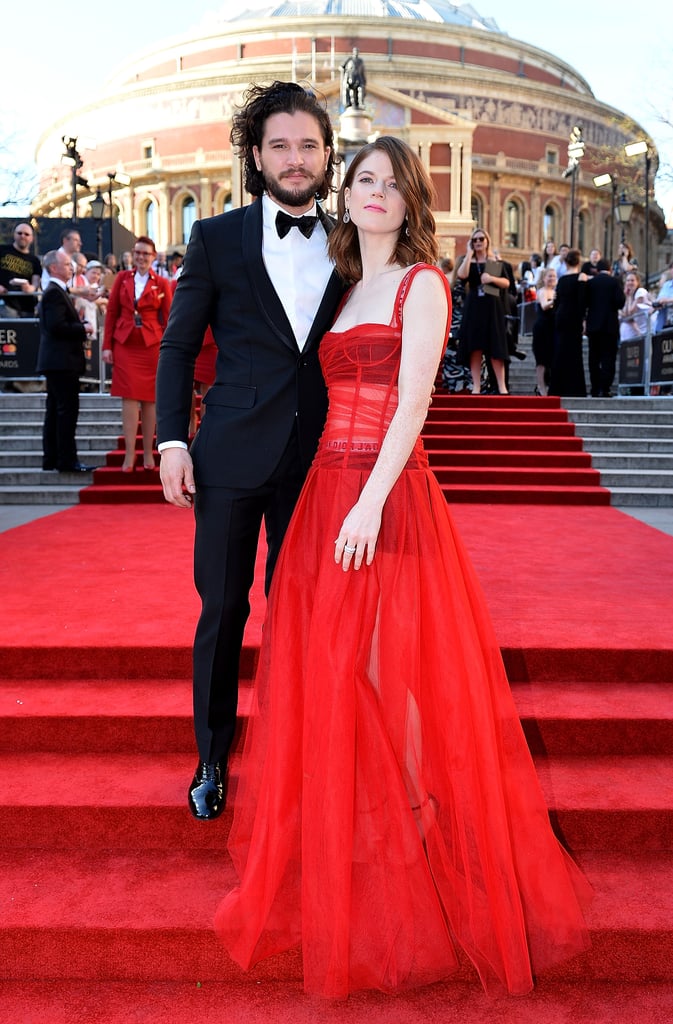 Kit Harington and Rose Leslie made a rare appearance at the Olivier Awards in London on Sunday. The pair — who haven't hit up a red carpet since they made their debut as a couple at the event last year — stunned as they graced the steps of Royal Albert Hall. Dressed in a red gown, Rose practically floated as she made her way inside the fete with Kit, who looked dapper in a black tux.

While we haven't seen Kit and Rose out and about together since last October, Kit is currently filming BBC's new drama Gunpowder, while Rose plays the lead role in The Good Wife's spinoff, The Good Fight. Oh, how we've missed these two!