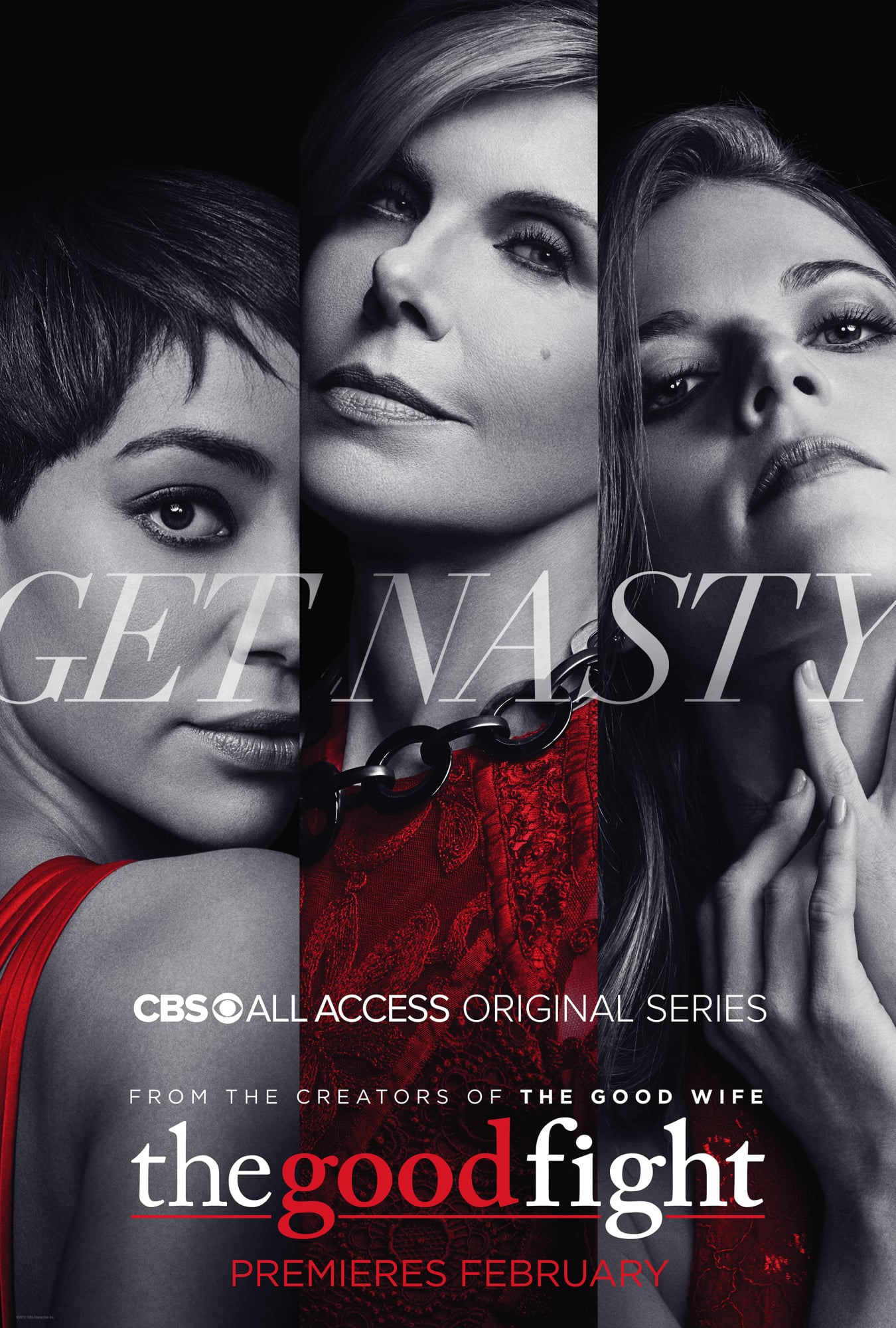 If you're still mourning the end of The Good Wife, don't despair. Some of your favorite characters are returning for an upcoming spinoff: The Good Fight. Coming to CBS All Access in February, the new series is created by the couple behind its predecessor, Michelle and Robert King — meaning we're in good hands. (See what I did there?) Before the show premieres, here's a primer on what you need to know, plus the first sexy trailer!

Christine Baranski and Cush Jumbo are reprising their roles as Diane Lockhart and Lucca Quinn, respectively. Joining them in a lead role is Rose Leslie, from Game of Thrones. Delroy Lindo, Sarah Steele, and Justin Bartha are all regulars.

According to CBS, the show picks up one year after the events of The Good Wife's final episode: "An enormous financial scam has destroyed the reputation of a young lawyer, Maia [Leslie], while simultaneously wiping out her mentor Diane Lockhart's savings. Forced out of Lockhart & Lee, they join Lucca Quinn at one of Chicago's pre-eminent law firms."

The Good Fight will be premiere on CBS's online platform, CBS All Access, beginning Sunday, Feb. 19.