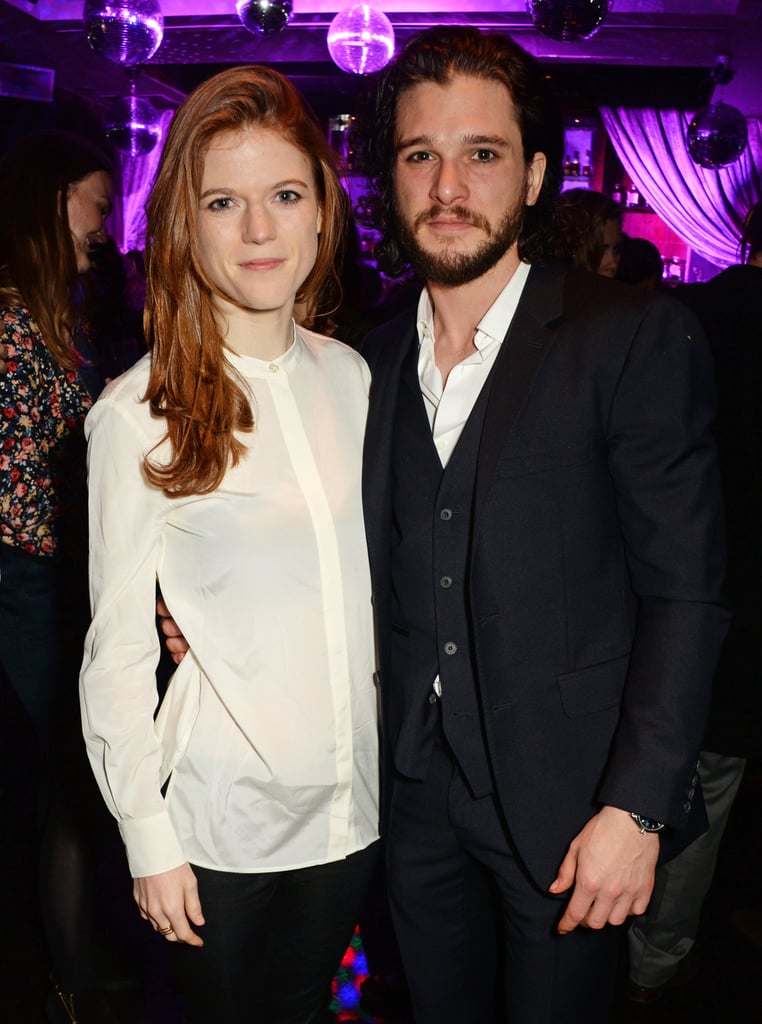 Kit Harington Gets Support From Friends, Family, and His Best Gal on a Special Night in London

Kit Harington had an exciting Monday evening — his new role in a play called Doctor Faustus officially began! The Game of Thrones star rallied plenty of support for his special evening at The Cuckoo Club in London, posing for pictures with his brother, John Harington, his costar Natalie Dormer, and even his girlfriend, Rose Leslie. The new role marks an interesting turn for Kit — while his GOT character, Jon Snow, seems pretty dead, fans have continued to hold out hope that he'll come back. Meanwhile, in real life, the event marks another sweet chapter in Kit's blooming relationship with Rose. Rumors of their courtship began back in 2014, but it wasn't until we saw them holding hands in January and cuddling up at an award show in April that we really knew they were an item. Keep reading to see their latest outing, plus more highlights from Kit's night.