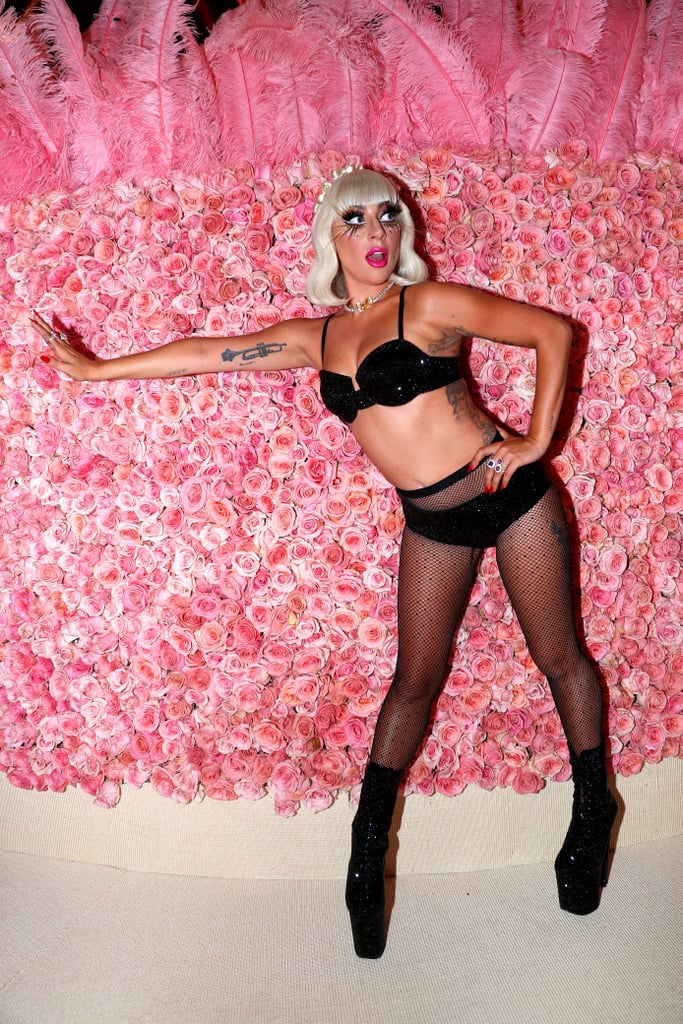 When we found out that Lady Gaga would be hosting this year's Met Gala alongside Harry Styles, Serena Williams, and Gucci's creative director Alessandro Michele, we knew it would be epic — and we were right! On Monday, Mother Monster kicked off fashion's biggest night by strutting down the famous stairs of NYC's Metropolitan Museum of Art not once, but four different times. The 33-year-old — who was accompanied by designer Brandon Maxwell — first showed up in a pink parachute gown and then removed it to reveal a black dress underneath. But she wasn't done yet! From there, Gaga changed into a hot pink silk dress with a giant telephone in hand before ultimately stripping down to a black sequined bra, underwear, and sheer tights. Given that Gaga has been hitting up the Met Gala since 2015, it's no surprise that she nailed the camp theme! Anyone else think we should rename the Met Gala to Met Gaga?

Anya Taylor-Joy
Anya Taylor-Joy Is a Goddess Among Mortals In This Shimmering, Sheer Dior Gown
by Hannah Weil McKinley 3 days ago