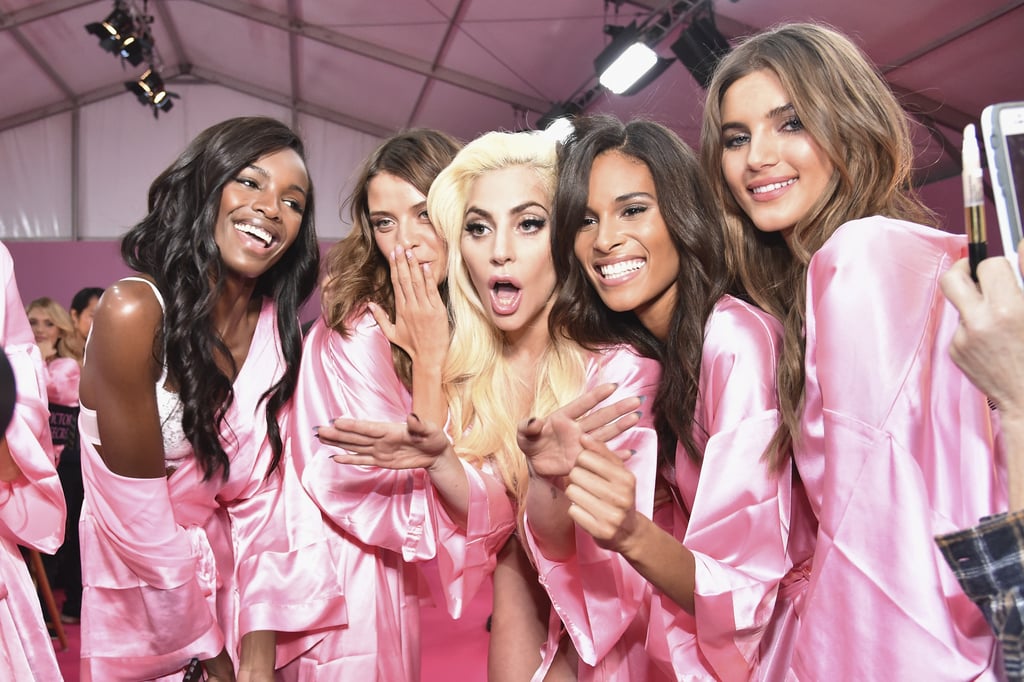 If you were expecting anything but perfection from Lady Gaga's performance and appearance at this year's Victoria's Secret Fashion Show in Paris, it's time to reassess. The pop star looked spectacular for the event on Wednesday night; after wowing on the red carpet alongside her longtime friend, collaborator and designer Nicola Formichetti, Gaga mingled among the VS Angels to perform hits from her exceptional fifth studio album, Joanne. It'll be a while before we get to see and hear her onstage domination — it airs Dec. 5 on CBS — but in the meantime, we can at least gawk at all the stunning pictures and the seemingly endless supply of costume changes.