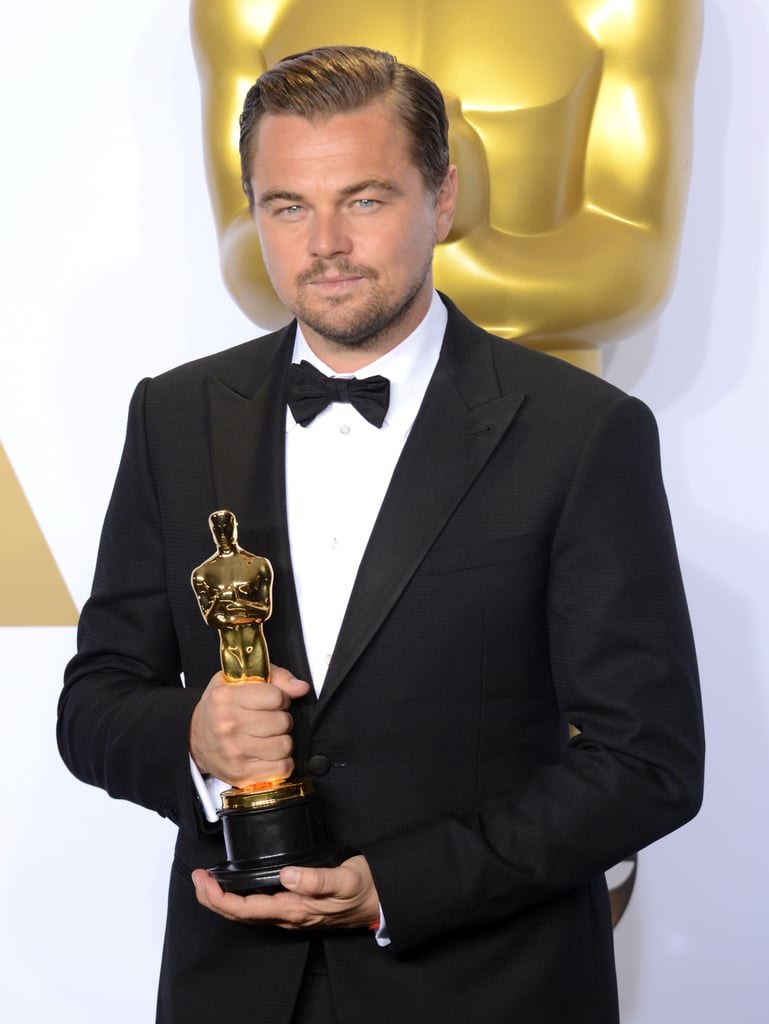 "Leonardo DiCaprio had a big night at the Oscars on Sunday," is something you could say if you wanted to purposefully make one of the biggest understatements of the year. Not only did the Revenant actor ignite a fire in the hearts of Titanic fans everywhere when he and former costar Kate Winslet walked the red carpet together, but Leo finally took home an Oscar after 22 years of near misses, and everyone reacted accordingly. That is to say, everyone lost their minds, especially in the form of some seriously hilarious memes (which Leo knows all about). Everyone from Kanye West to Amber Rose commented on his big win, so check out the best Internet reactions ahead, and then see what made the Academy Awards so special this year!