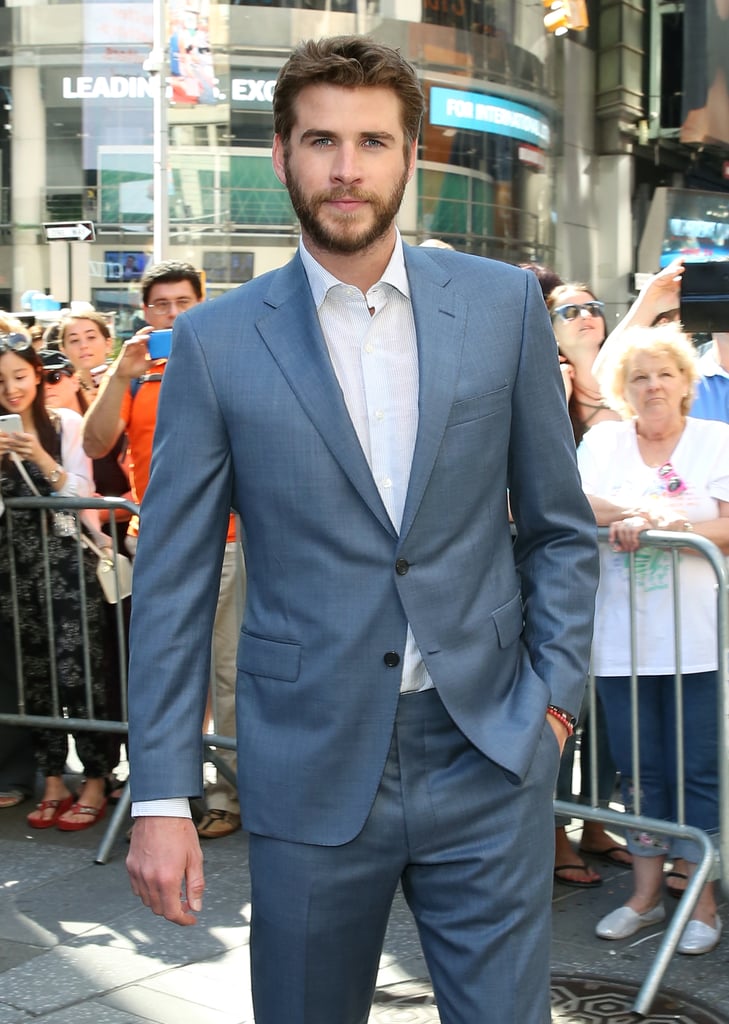 It's been far too long since Liam Hemsworth hit the red carpet to promote a film, and we were starting to go through withdrawals. The last press tour he did was for The Hunger Games: Mockingjay — Part 2 last year, and after some rest and relaxation — including rekindling his romance with Miley Cyrus and lots of surf sessions with his brothers Down Under — the 26-year-old Aussie actor is back and looking better than ever.

Liam kicked off his promo tour of Independence Day: Resurgence with a photocall in his native Australia earlier this month and looked just as stunning as the Sydney Opera House backdrop. Last week, he linked up with costar Jeff Goldblum in London, posed in front of a car that was wrapped with his own gorgeous face, and told funny stories about Jennifer Lawrence on late night TV. . Cut to Tuesday, and he's back in the Big Apple to ring the NASDAQ opening bell and make a handsome (and hilarious) appearance on The Tonight Show. The big question is: will Miley join her fiancé on the red carpet for any upcoming premieres?

Shirtless
Tom Holland and Jake Gyllenhaal Ditch Their Shirts For the Handstand Challenge, and Oh My
by Monica Sisavat 5 days ago