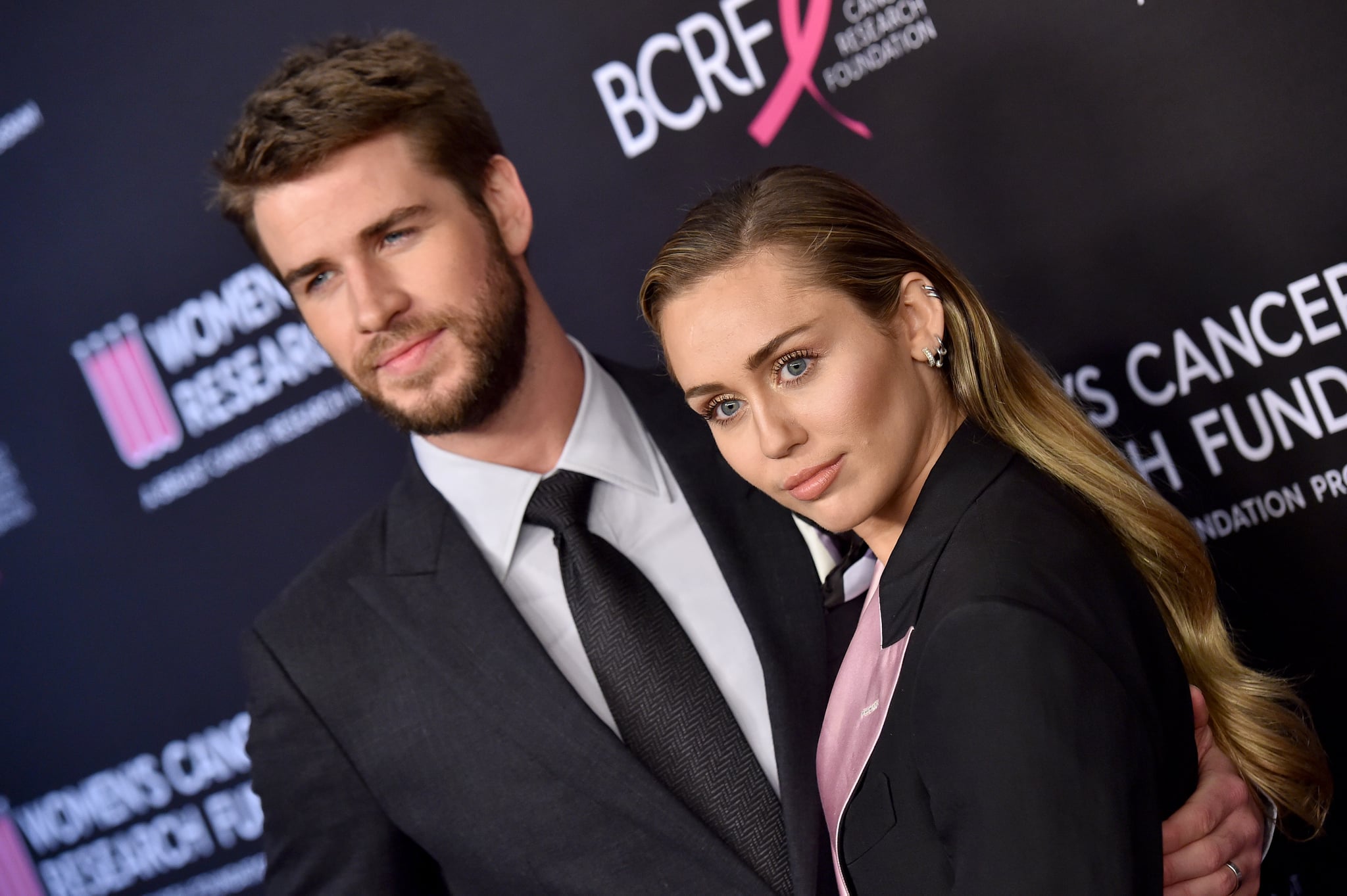 Liam Hemsworth and Miley Cyrus tied the knot in a sweet at-home ceremony just after Christmas last year, and talk is already turning to their plans for starting a family. In a new interview with GQ Australia, the 29-year-old actor opened up about his desire to have kids "one day." "Once we don't have so many dogs," he continued. "You couldn't bring a baby into our house right now. But one day, we'll know when it's right. But right now? Not for the time being." When asked about how many babies he wants in his house one day, Liam revealed that he'd like "10, 15, maybe 20." I sure hope Miley's on board, because that sounds like a lot of work (and a pretty bold choice given the current state of our climate, but I digress!).

The newlyweds — who most recently hit the red carpet together for the premiere of Avengers: Endgame — dated on and off before rekindling their romance in 2016. In a February interview with Vanity Fair, Miley revealed that she and Liam made the decision to get married after their Malibu, CA, home was destroyed in the Woolsey wildfires in November 2018. "I'm not sure without losing Malibu, we would've been ready to take this step or ever even gotten married, who can say?" she said. "But the timing felt right and I go with my heart. No one is promised the next day, or the next, so I try to be 'in the now' as much as possible."

Celebrity Couples
Bo Burnham Has Been Dating Lorene Scafaria Since 2013, and Their Romance Is Too Cute
by Grayson Gilcrease 2 days ago

Celebrity Couples
If This Is Gwen Stefani's Wedding Band, It's Certainly For the Coolest of Brides
by Sarah Wasilak 2 days ago