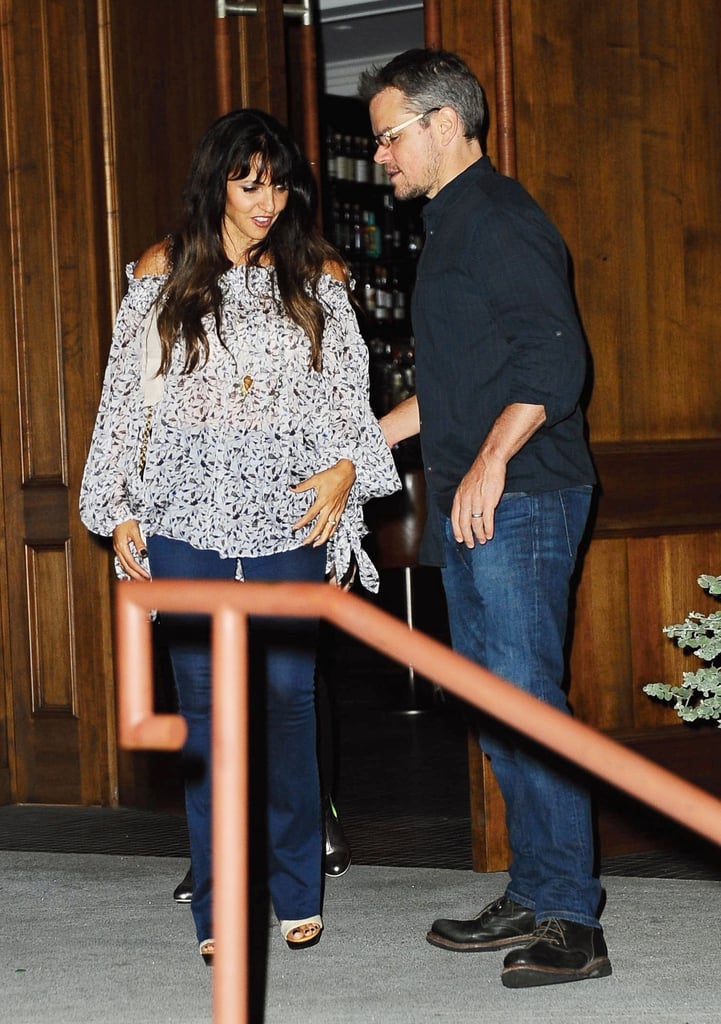 Matt Damon and his wife, Luciana Barroso, proved that love in Hollywood is not dead when they stepped out for a sweet date night on Tuesday. The couple, who have been married since 2005 and renewed their vows in 2013, grabbed dinner at Baltaire restaurant in Brentwood, CA, on Aug. 11. Matt showed off his chivalrous side when he held the door open for Luciana as they left the restaurant and held her hand when walking down the steps.

The couple's outing comes just one day after Matt stepped out in LA with his longtime friend Ben Affleck at the premiere of their HBO series Project Greenlight. When asked how Ben was doing since he and Jennifer Garner announced their divorce in June, Matt revealed, "He's great, he's great. He's got a big smile on his face." Keep reading to see more photos of Matt and Luciana's night on the town, then look back at the lush ponytail he was rocking earlier this Summer.