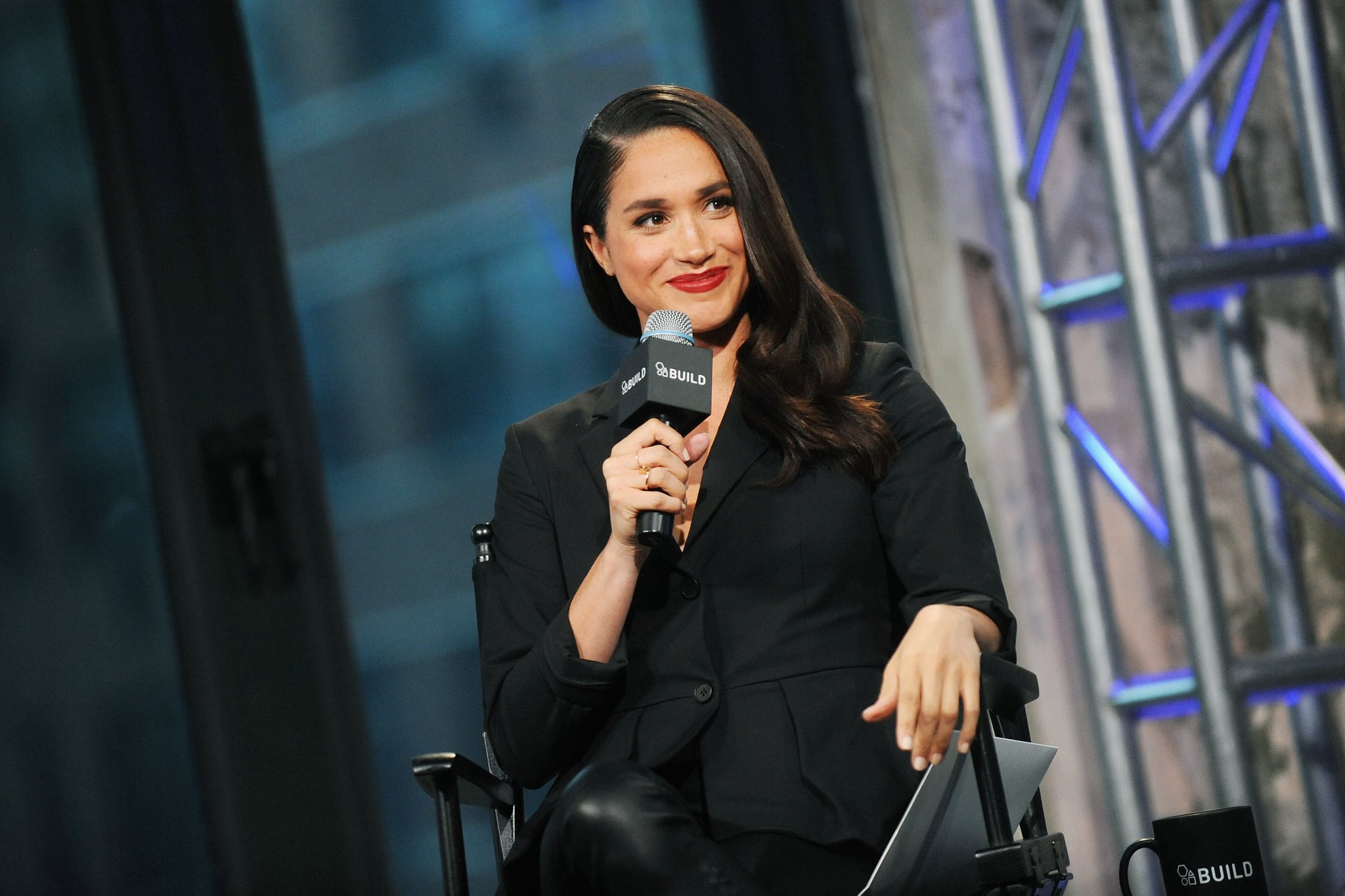 In Meghan Markle's September Vanity Fair interview, she confirmed what we already knew about her and Prince Harry: "We're two people who are really happy and in love." While it was only a small insight into their romance, it said a lot about their blossoming relationship. Meghan and Prince Harry have quickly become inseparable, spending every spare moment with each other — and in a sign their relationship was going to have a big future, she Spring-cleaned her public image to be more princess-worthy by wrapping up her Instagram account and lifestyle blog The Tig, as well as finishing up her contract with Canadian clothing retailer Reitmans.

Meghan was also seen mixing with Harry's family and friends, and they attended the Invictus Games together, marking their their first official appearance as a couple. Now that their engagement has officially been announced, what will it mean for her life going forward?

One thing is for sure: Meghan will not be able to continue her acting career if she became a member of the royal family. Being a senior family member is a full-time job — admittedly one with great perks, but a job nonetheless. Her role of princess will be broken down into four key areas: charity patronages, representing the UK overseas, caring for society, and maintaining the traditions of the royal family. To maintain this workload, there will be daily meetings, briefings, visits, correspondence, royal calendar obligations, planning, and prep.

To juggle this with the demands of a filming schedule would be impossible, and there would also be a conflict of interests, as the royal family cannot promote commercial endeavors (so Meghan wouldn't be allowed to publicize any acting projects). Additionally, the ambassadorial nature of her role would require a degree of propriety, and so any juicy or controversial onscreen storylines would be out of the question. All of this is likely why Meghan has reportedly decided to end her current role on Suits after the show wraps its seventh season.

Since Meghan and Harry have gotten pretty serious, pretty fast, Meghan will have known all this from an early stage and it would have been factored into her personal decision-making about the development of the relationship. She probably already appreciates that the role of a princess comes with lots of benefits, but that there are plenty of downsides, too. William and Harry have both spoken in the past about the difficulties that come with marrying into the royal family. In his engagement interview, William said the reason he and Kate took so long to get engaged was because he "wanted to give her a chance to see in and to back out if she needed to before it all got too much." 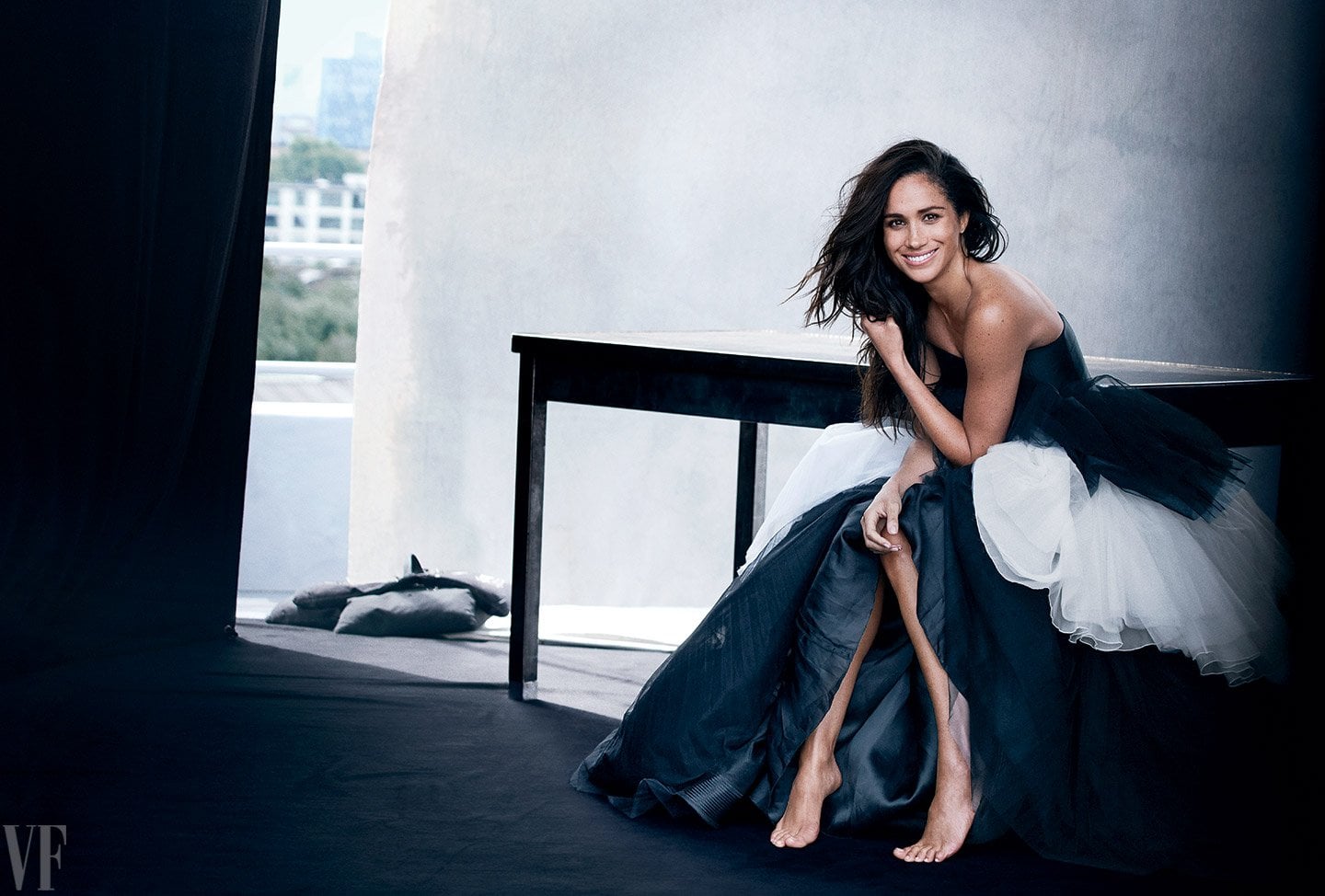 Harry said in an interview just before he met Meghan, "If or when I do find a girlfriend, I will do my utmost to ensure that me and her can get to the point where we're actually comfortable with each other before the massive invasion that is inevitably going to happen into her privacy." For those "marrying in," as well as relinquishing their role of private citizen, there are all sorts of other sacrifices to be made as well — and giving up a career is top of the list. Sophie, Countess of Wessex, gave up her job when she married Prince Edward, and before that Prince Philip gave up a promising military career when he married the queen.

Interest in Meghan has naturally gone through the roof thanks to her and Harry's engagement, but it's hard to tell yet whether she'll inspire the same kind of mania that surrounded Harry's mother, Princess Diana. Harry has already fired off a warning shot with the statement he released shortly after the news of their relationship became public, and the family will not hesitate to step up again if they feel a line has been crossed. It's difficult to imagine anything ever getting as bad as the Diana years again.

For those "marrying in," as well as relinquishing their role of private citizen, there are all sorts of other sacrifices to be made as well — and giving up a career is top of the list.

In the recent documentary Diana, Our Mother: Her Life and Legacy, William said, "I don't believe that being chased by 30 guys on motorbikes, who block your path, who spit at you, who shout at you and who react really badly to get a reaction from you and make a woman cry in public to get the photographs — I don't believe that is appropriate. I certainly remember most of the time she ever cried was to do with press intrusion." There are now agreements in place from many key publications that they will not use paparazzi pictures that have clearly been obtained in questionable circumstances. In exchange they are provided with regular photographic access or released pictures to mark occasions such as birthdays and first days of school or nursery.

The Vanity Fair interview won't be the last time we see Meghan on the cover of a glossy magazine, but there will likely be some differences when she and Harry do marry. Members of the royal family have appeared in assorted titles over recent years — the queen in Vanity Fair, Kate in Vogue, and William in GQ — but they either give no interview and only picture access, or an interview about a topic close to their hearts that they want to shine a light on. William's GQ interview focused on mental health, and his interview with Attitude last year was about LGBTQ+ issues. It's likely Meghan won't be as candid in the future; things will be kept on topic.