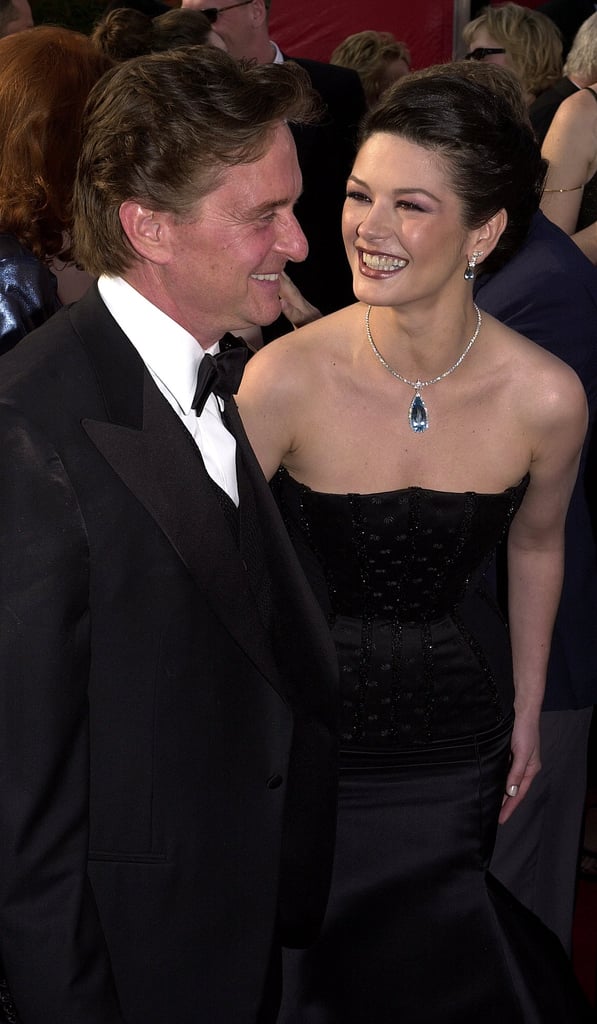 Catherine Zeta-Jones and Michael Douglas have one of the longest-lasting celebrity relationships in Hollywood. With nearly 16 years of marriage under their belts, the couple has proven that it's possible for two people to grow together, and they continue to be one of the most inspiring love stories of all time. While the road hasn't always been easy, the duo has managed to withstand the test of time and are proud parents to 13-year-old daughter Carys and 16-year-old son Dylan. In January, Michael told ET that after battling stage four tongue cancer, he developed a new appreciation for life, which in turn helped saved his marriage to Catherine, adding, "It took work on both our parts. I don't think there's much chance of fixing a relationship if one of you is already out the door."