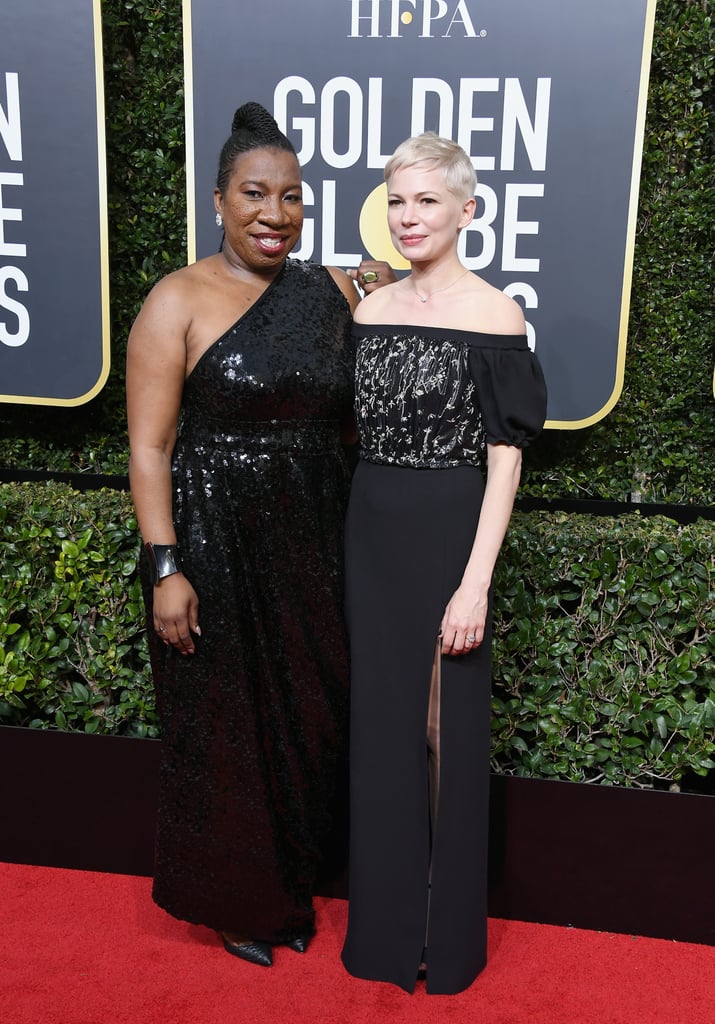 Michelle Williams was visibly emotional at the 2018 Golden Globes on Sunday night. The actress, who is nominated for her work in All the Money in the World, showed up on the red carpet with #MeToo founder Tarana Burke as her date in honor of the Time's Up movement. "I am moved beyond measure to be standing next to this woman," she told E! News host Ryan Seacrest. "I have, like, tears in my eyes and a smile on my face."

Tarana Burke started the #MeToo movement in 2007 to offer aid for sexual assault survivors in underprivileged communities. Because of her tireless work and the frequent use of the phrase following Hollywood's onslaught of sexual harassment allegations, Tarana was named one of Time's People of the Year in 2017. Read on to see more photos of Michelle and Tarana on the red carpet at the Globes.