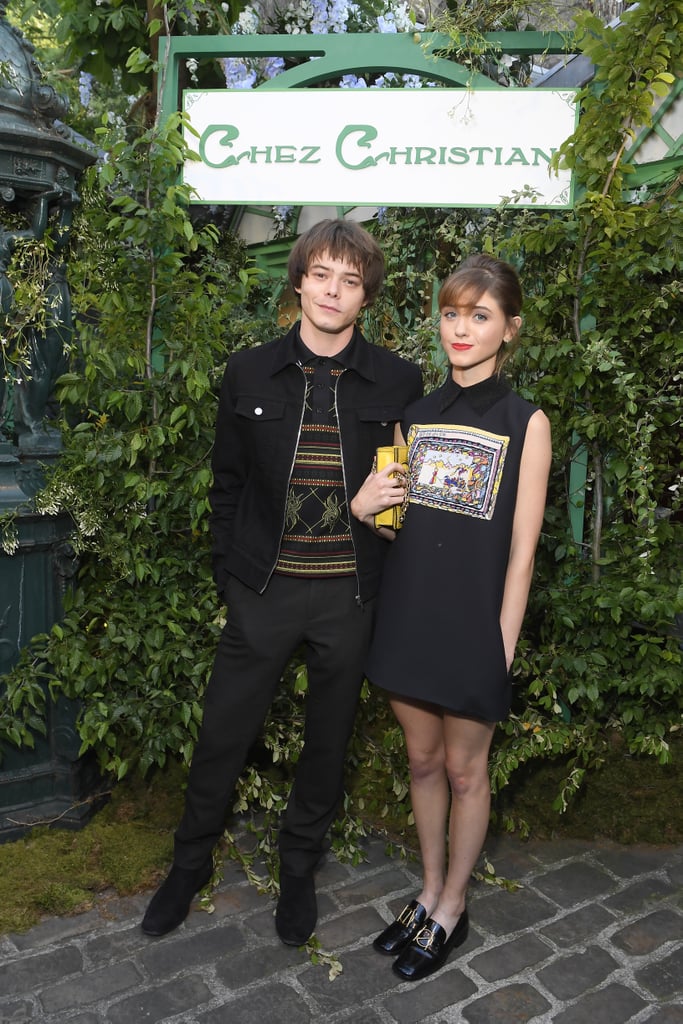 Natalia Dyer and Charlie Heaton stepped out in style for the Dior fashion show in Paris on Thursday night. The Stranger Things couple — who've been going strong since January 2017 — coordinated their outfits for the fashion-forward event and flashed sweet smiles as they posed for photos.

Even though Stranger Things doesn't return until October, we've been getting hints left and right about what we can expect to see in season three. Most recently, Netflix added two new roles to the show, casting Cary Elwes as Mayor Kleine and Jake Busey as Bruce. As we await more details on the upcoming season, bask in the cuteness of Natalia and Charlie's real-life romance.

Eminem
Eminem's Daughter Hailie Jade's Relationship With Evan McClintock, From College to Getting Engaged
by Eden Arielle Gordon 22 hours ago