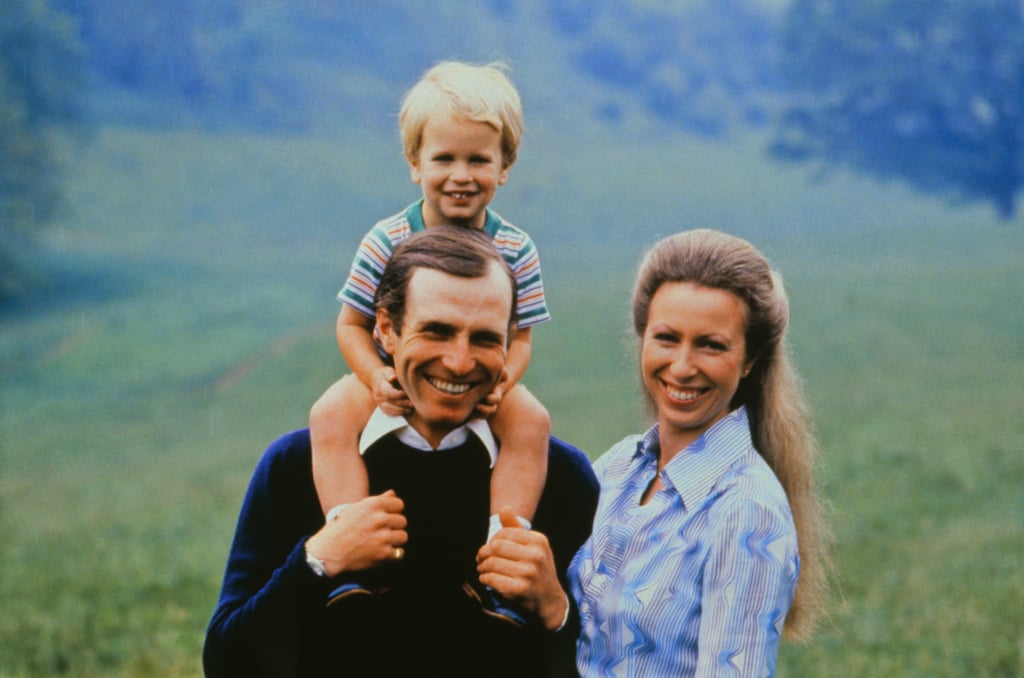 Anne, Princess Royal, might not be next in line for the throne, but as the only daughter of Queen Elizabeth II, she has a lot to fill her time with — mainly her ever-expanding family.

Born on Aug. 15, 1950 (she just celebrated her 69th birthday), Princess Anne, whose full name is Anne Elizabeth Alice Louise, was the second child for Her Majesty and husband Prince Philip (after Prince Charles), but once her younger brothers Prince Andrew and Prince Edward came along, she was quickly bumped down the line to inherit the throne.

Despite being pushed out of the direct line of succession by her two younger brothers and their children because she was female, the royal has made a serious name for herself and kept herself in both the public eye and lived a semi-private life over the past six decades.

Professionally she is known for her equestrian talents and is the first royal to ever compete in the Olympic games. Not too shabby! Personally she has been married twice, first to Mark Phillips in 1973 and now to Timothy Laurence whom she wed in 1992.

She has two children, son Peter Phillips, who is married to Autumn Phillips, and daughter Zara Tindall, who is married to Mike Tindall. Together her children have four little ones of their own, which means Anne has plenty of grandbabies to keep her busy. As a granny she is very involved with her four grandchildren, which is another trait she has inherited from her mother, who was hands on with all of her own grandchildren.

To see a glimpse into Anne's family, both as a young girl with her siblings and throughout her own time as a mother and grandmother, look through the photos ahead.

Related:
16 Times Princess Anne Proved She Was the Most Relatable Member of the Royal Family
Previous Next Start Slideshow
The RoyalsPrincess AnneThe British Royals

The Royals
Harry and Meghan Make First Joint Appearance Since Welcoming Lili: "It's Wonderful to Be Back"
by Kelsie Gibson 1 day ago