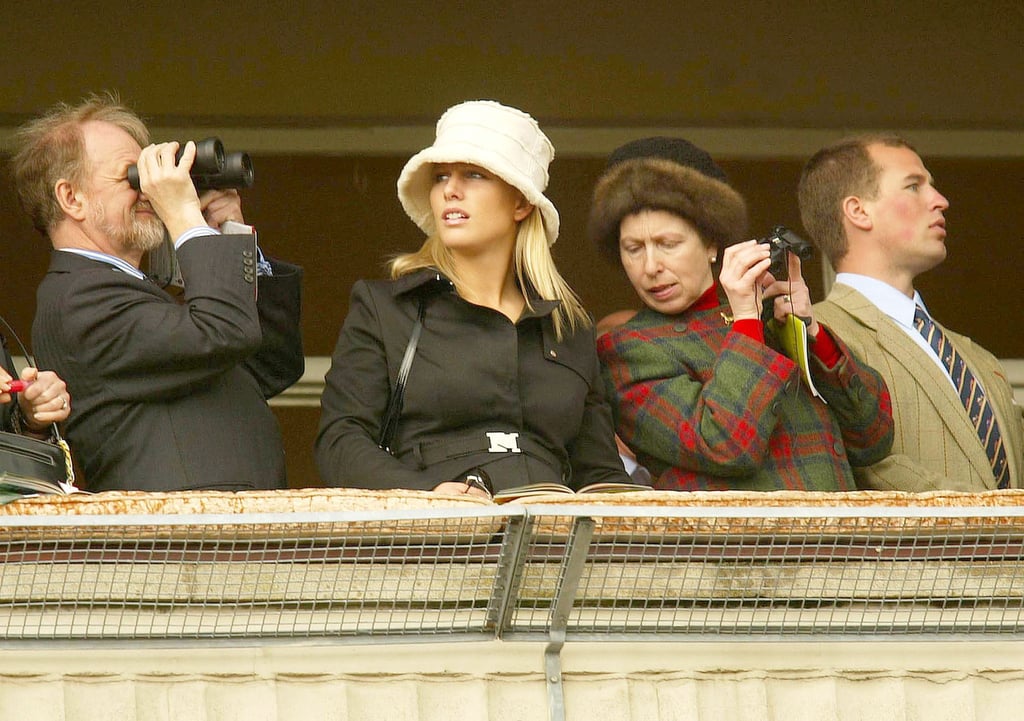 Why Princess Anne's Children Lead Lives Out of the Spotlight

The royal family is a sprawling family tree indeed. Aside from the headline-grabbing royals with major titles and full-time royal duties, there are also plenty of royal cousins who appear at big events but are far enough down the line of succession that they're able to lead seminormal lives. In that latter category are the two children of Anne, Princess Royal, the only daughter and second child of Queen Elizabeth II. Because their father, Mark Phillips, did not possess a royal title (and declined the Queen's offer to give him one upon his marriage to Anne), the children do not bear royal titles either. They're low in the line of succession, since Anne is the lowest-ranked child of the Queen, so they've both been able to pursue their own paths in life — albeit still with some public scrutiny.

Anne's son, Peter Phillips, was born in 1977, making him the oldest grandchild of the Queen. After finishing his college degree in sports science, Peter began working in the sports marketing and management field. For several years, he worked in the auto industry, working first at Jaguar, then at Williams F1. In 2005, he left the industry for a management job at the Royal Bank of Scotland, and after several years there, left for his current job as managing director at SEL UK, a sports and entertainment agency.

In 2007, Peter announced his engagement to Autumn Kelly, a Canadian management consultant whom he had met while working for Williams F1. Although there was brief controversy over Autumn's Catholic upbringing, she converted to Anglicanism, and they wed on May 17, 2008. In 2010, they had their first daughter, Savannah, who was the Queen's first great-grandchild. The couple had another daughter, Isla, in 2012. Savannah and Isla were both bridesmaids at Princess Eugenie's wedding.

Related:
Princess Eugenie Has a Job Way More Important Than Simply Being a Royal

In 1981, Anne and Mark had their second child, a daughter named Zara. Her unusual first name was reportedly suggested by her uncle, Prince Charles. Zara has something major in common with both her parents: her athletic ability, specifically as an equestrian. Although her equestrian career was highly successful, she missed out twice on the Olympics (in both 2004 and 2008) due to injury, even after qualifying for the Games. However, in 2012, she competed at the Summer Olympics in London, where she won a silver medal in the team event — and was presented with her medal by her own mother!

Zara married rugby player Mike Tindall in July 2011; their wedding came only months after the much higher-profile wedding of Zara's cousin, Prince William, and Kate Middleton. In 2014, the couple welcomed their first daughter, Mia. Over the course of the next few years, Zara suffered a couple of miscarriages, but she gave birth to their second daughter, Lena, in 2018. For the most part, Zara has been focusing on her family and on charity work, although her daughter Mia was part of Princess Eugenie's bridal party along with her cousins!

Peter and Zara have mostly kept a lower profile than their cousins, but they're still a part of the royal family and make some public appearances. Take a look at some of their best moments from over the years below!