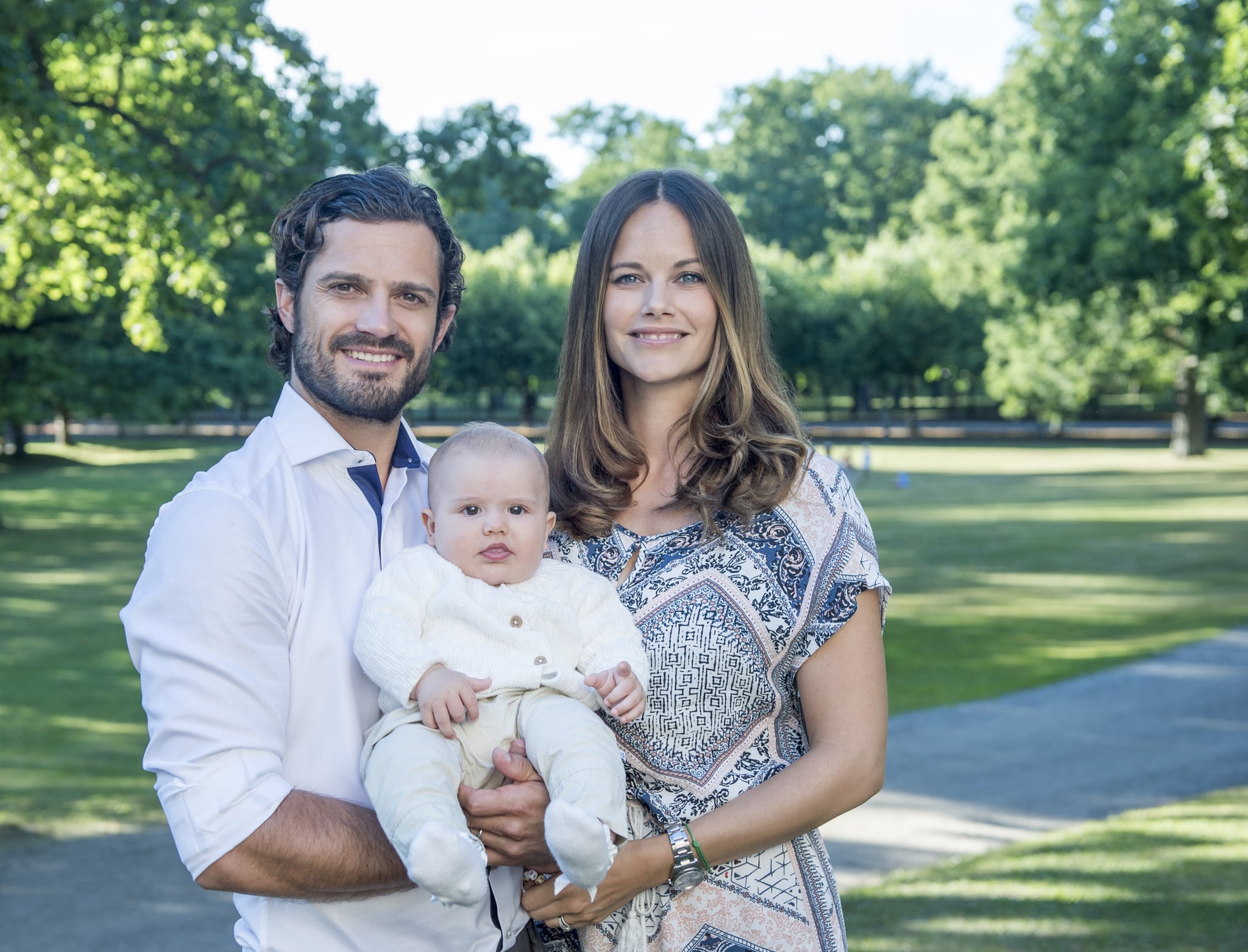 Prince Carl Philip and Princess Sofia of Sweden welcomed their first child, Prince Alexander, back in April, and now the little royal is gearing up for one of his first big milestones: his christening! Sweden's Royal Palace released adorable new photos of the family of three this week to celebrate the upcoming occasion, and they're make-you-smile-on-the-spot cute. In one of the new portraits, Alexander, who is fifth in line for the throne, flashes a sweet smile as his parents hold him in what appears to be a beautiful park. In another shot, the baby boy grins as his dad lovingly looks down at him.

On Sept. 9, Prince Alexander will be baptized by Lutheran archbishop Antje Jackelén, who also christened his cousins, Estelle, Oscar, Leonore, and Nicolas, at Drottningholm Palace Church. Keeping with the family's tradition, Alexander will be wrapped in their heirloom christening gown, which was first used in 1906. The outing will mark one of few times Alexander has made a public appearance since his birth. We last saw him comfortably napping in his mother's arms during the National Day celebrations in Stockholm in June. 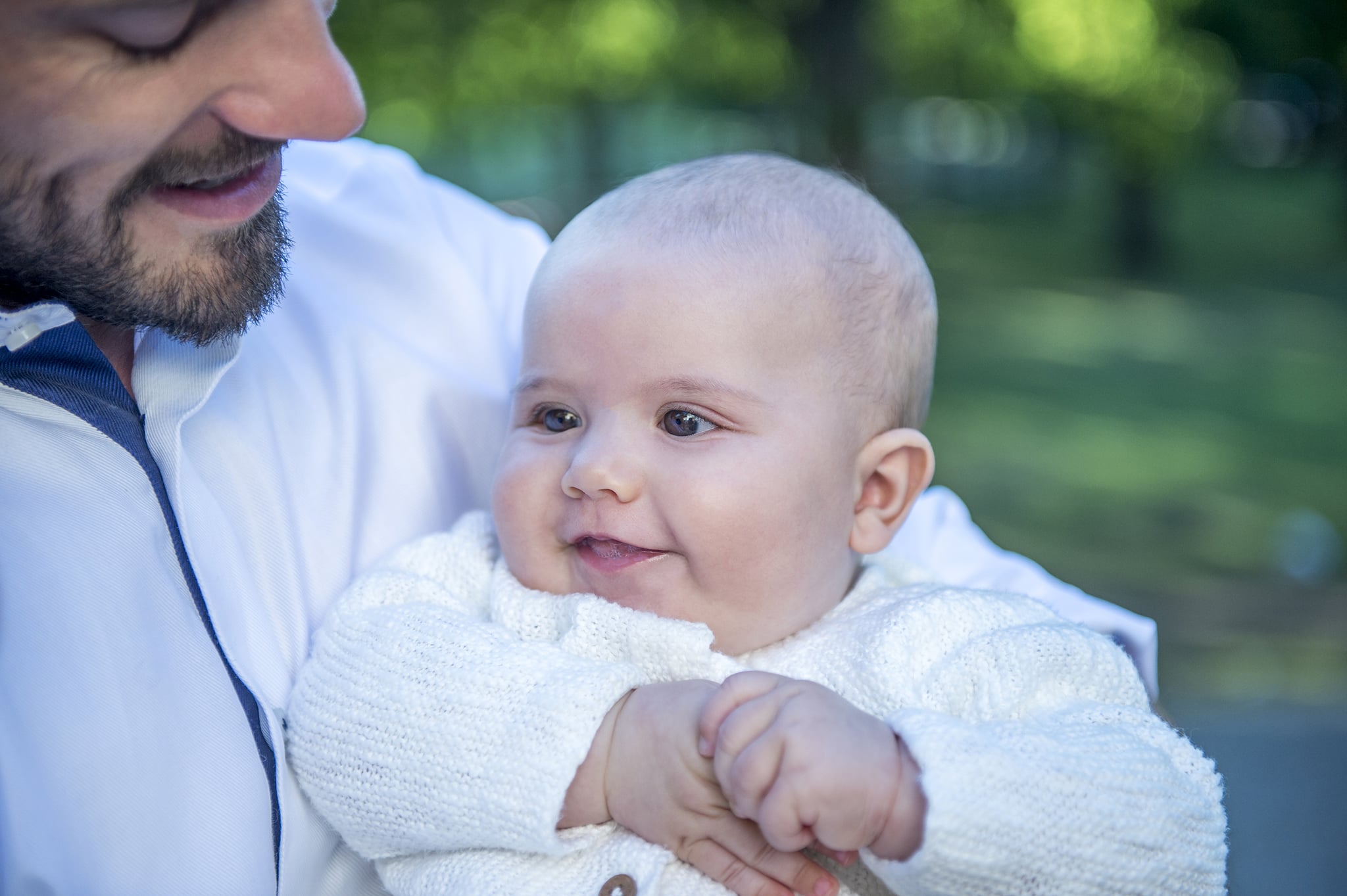