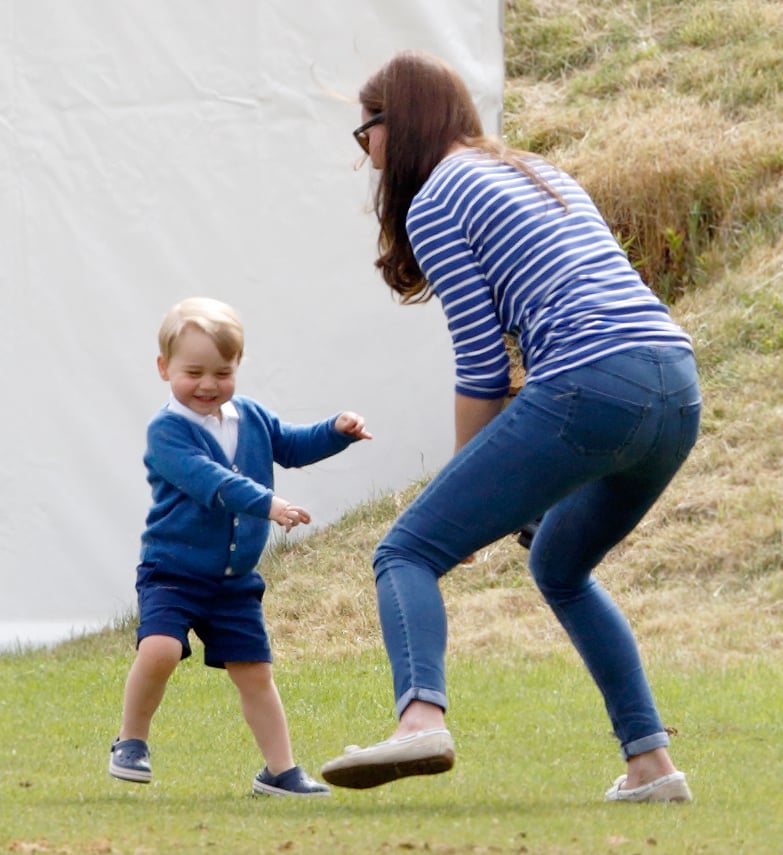 Prince George stole the spotlight from the sidelines! On Sunday, June 14, Kate Middleton treated George to a sunny day at the Gigaset Charity Polo Match in Tetbury, England. Prince William participated in the game but took time out to chat with his family, including dad Prince Charles. At one point, he leaned over to talk with George as Kate held the little guy. The cutest moments came when Kate and George ventured off from the crowd to watch the action. Kate lit up with a smile as she held George in her arms. He didn't sit down for long, though, and Kate couldn't help but laugh while watching him play.

Their outing came just one day after George made his debut on the Buckingham Palace balcony during the Trooping the Colour festivities in London. The event marked Kate's first official appearance since giving birth to Princess Charlotte on May 2. Read on to see the family's Sunday together, then look back at George's cutest pictures.

Kate Middleton
Is It Just Us, or Is Kate Middleton Taking Bolder Beauty Risks?
by Jessica Harrington 15 hours ago