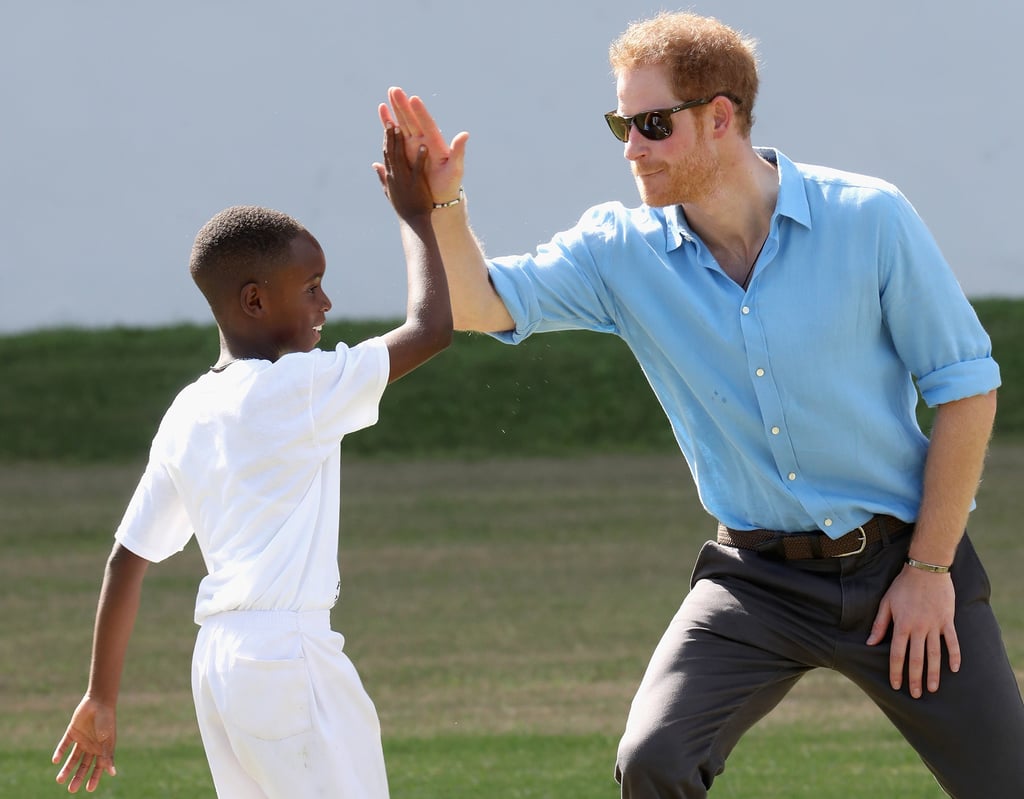 Prince Harry Spikes, Shoots, and Dabs With Kids in the Caribbean

Prince Harry touched down in Antigua on Sunday to begin his 14-day tour of the Caribbean, and on Monday, he let his hair down with a group of kids at a youth sports festival at Sir Vivian Richards Stadium. The fun event showcases Antigua and Barbuda's national sports, and Harry looked to be having a ball; he made his way around the field to play a number of games with the kids, including football, golf, volleyball, and tennis, and between rounds, Harry also busted out his best moves with a group of drummers and hit the dab with a handful of excited team members.

During Harry's two-week stay, he will attend several independence anniversary ceremonies and learn about turtle conservation projects and replanting coral reefs. He's also set to spend six nights on a Royal Fleet Auxiliary Wave Knight vessel that is used for disaster relief. During his stop in Barbados, Harry is scheduled to meet Rihanna, something we really can't wait to see. Look through for all the adorable, heartwarming photos of Harry mingling with young kids in Antigua.