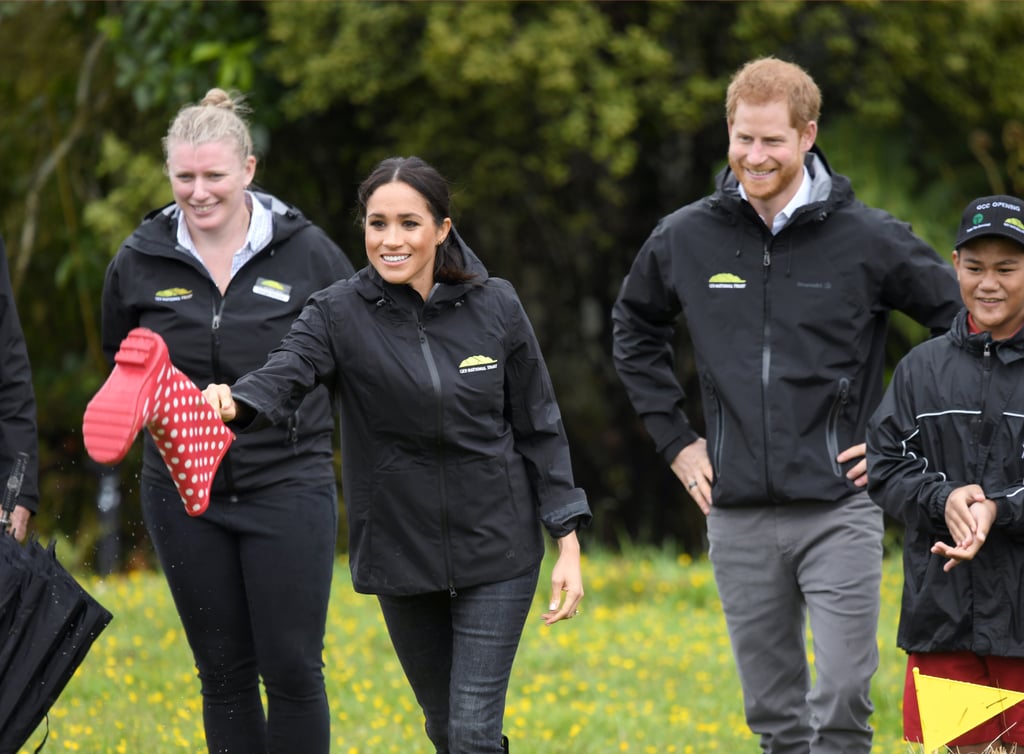 There's no doubt Meghan Markle and Prince Harry are head over heels for each other, but even their fairy-tale romance needs a little competition every once in a while. During their tour stop in New Zealand, the royal couple split up into separate teams during a game of "welly wanging," and things got adorably heated.

Welly wanging is essentially a competition where participants try to throw a Wellington boot, or rain boot, as far as possible. A video shared by Kensington Palace shows Meghan looking very invested in her toss, while Harry looks on laughing. The duchess did end up taking home the trophy, along with a precious pair of tiny boots for their "little bump." Watch Meghan's winning throw ahead, and keep reading to see more snaps from the couple's hilarious outing.