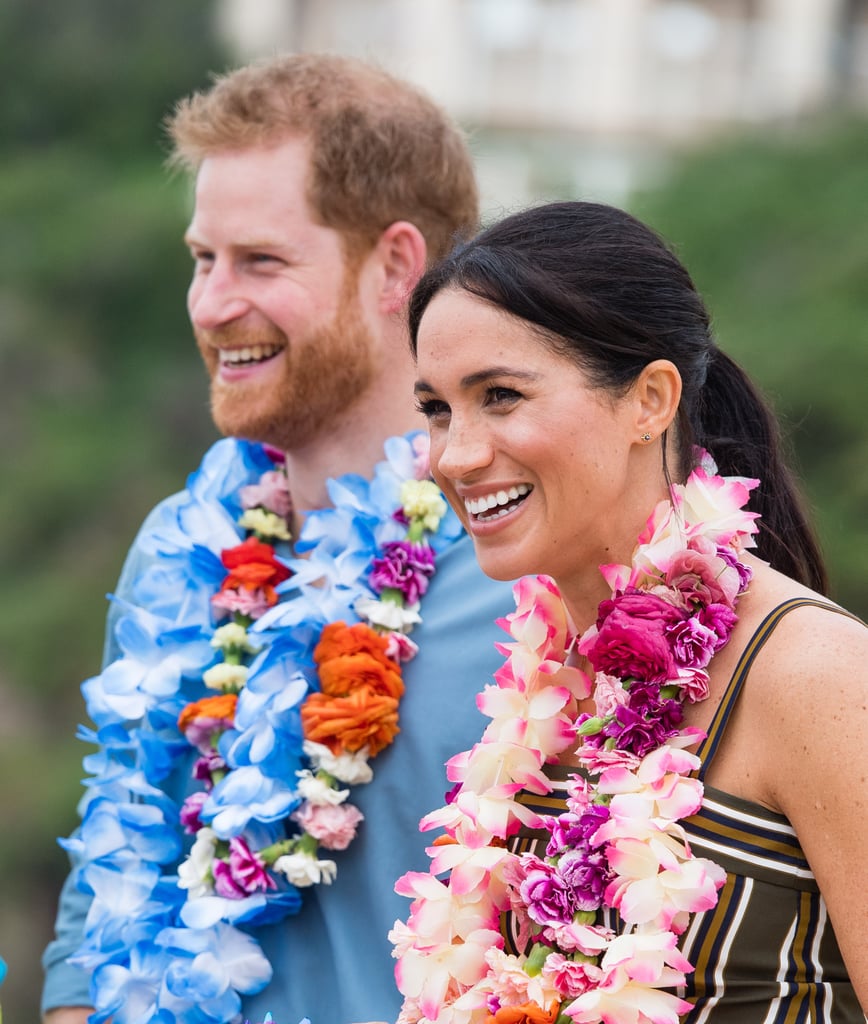 Prince Harry and Meghan Markle certainly lived it up in the South Pacific! The pair kicked off their first royal tour as a married couple earlier this month, and it resulted in some hilariously adorable moments. From a little boy pulling Harry's beard to Meghan laughing off a small scare, Meghan and Harry really seemed to enjoy themselves Down Under. In fact, the couple appeared to have such a blast that Harry even broke out into a small dance during a stop in Melbourne, Australia. See some of their funniest tour moments ahead!

Related:
Now That Meghan and Harry Have Wrapped Up Their Royal Tour, Look Back on All the Best Photos
Previous Next Start Slideshow
Meghan MarkleThe RoyalsPrince HarryHumorThe British Royals