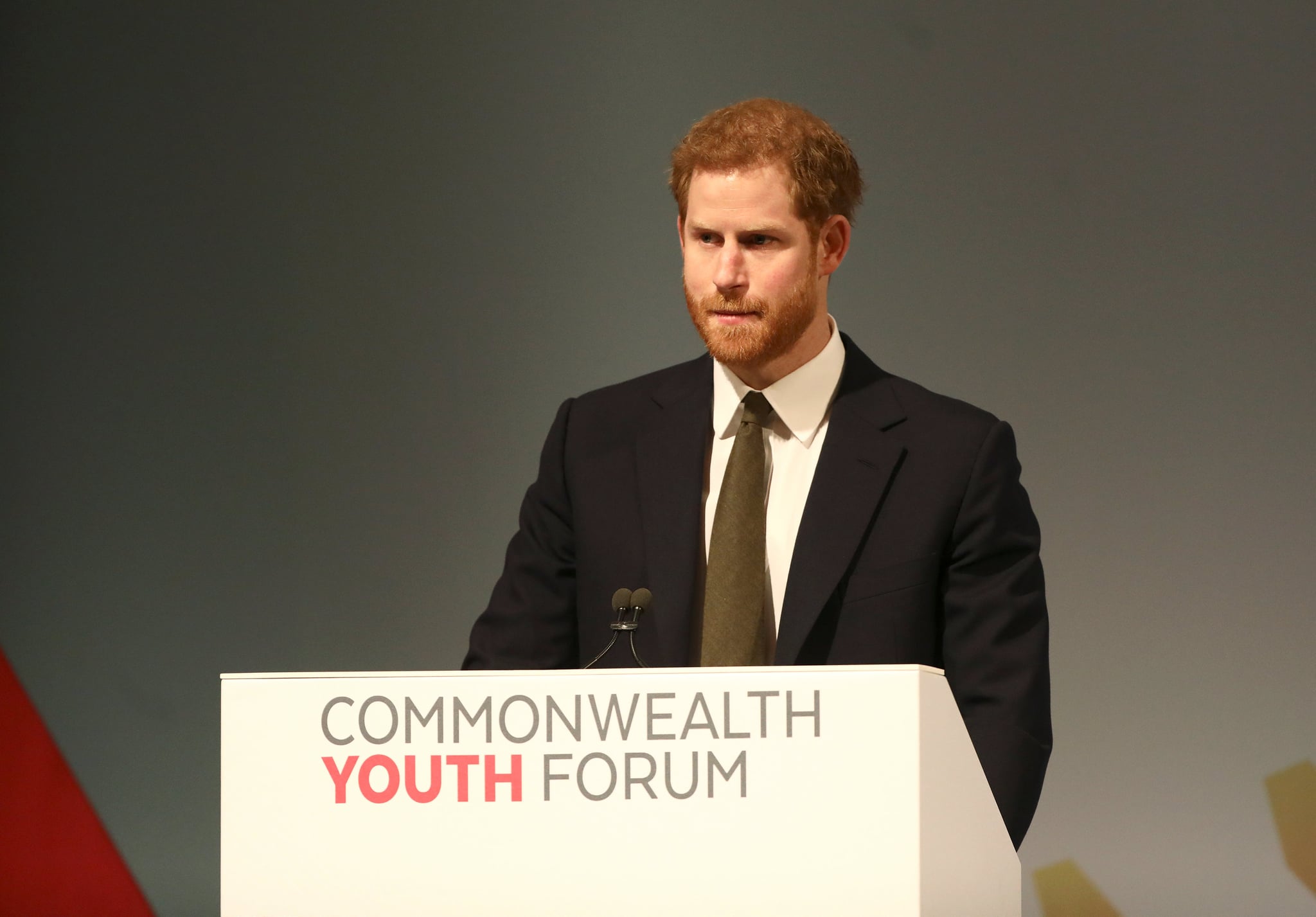 Prince Harry began a very busy week of Commonwealth events when he spoke at the opening of the Eleventh Commonwealth Youth Forum on Monday morning. The prince is stepping into a role as the queen's Commonwealth Youth Ambassador, and as well as praising a similar speech his grandmother made in Cape Town when she was a 21-year-old princess, he found time to mention another special woman in his life, fiancée Meghan Markle. Harry was greeted with cheers and applause from the audience when he mentioned his wife-to-be, saying: "I am also incredibly grateful that the woman I am about to marry, Meghan, will be joining me in this work, of which she too is hugely excited to take part in." You can see the cute moment, and Harry's subsequent grin, about six minutes into the video ahead.

The entire British royal family is busy with high profile events this week, as the UK hosts the Commonwealth Heads of Government Meeting. Harry and his brother Prince William will attend a number of events over the next few days, and Meghan is set to join Harry on Wednesday and Thursday, first for a reception for delegates from the Commonwealth Youth Forum, then at a Women's Empowerment reception. Notably absent from proceedings is William's wife, Kate Middleton, but she has a very good excuse: she is expected to give birth to the couple's third child any day now!